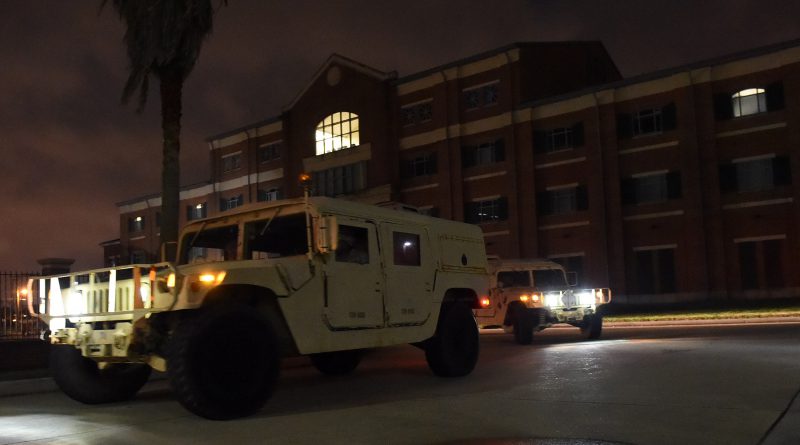 NEW ORLEANS – At the request of the Governor’s Office of Homeland Security and Emergency Preparedness, the Louisiana National Guard began 24-hour operations in support of local, parish and state officials after severe thunderstorms spawned several tornadoes in southeast Louisiana, Feb. 7.

“We appreciate the support from the National Guard by providing security at static locations to allow access to the citizens that live into the affected area and to keep others out that don’t belong in the area,” said Commander Lawrence Dupre, New Orleans Police Department District 7.

Liaison officers are on duty at the New Orleans Office of Homeland Security and Emergency Preparedness. Aerial reconnaissance assets are available and commodities have been staged if needed.

“This mission is similar to our response in this area to Hurricane Katrina with security but different this time,” said Maj. Stephen Luebbert, executive officer of the 1st Battalion, 141st Field Artillery Regiment. “We just want to help the citizens of this area get back into their homes as quickly as possible.”