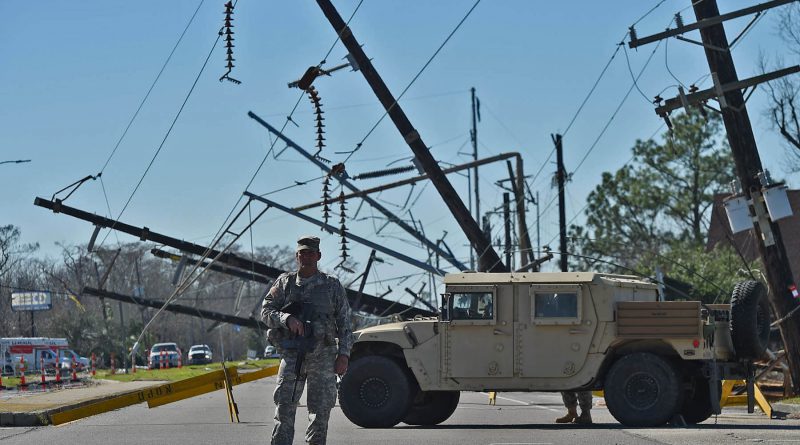 The tornado tore through neighborhoods around Chef Menteur Highway, impacting more than 5,000 structures and completely destroying approximately 300 structures along its two mile path, according Mayor Mitch Landrieu. The tornado was the strongest ever recorded in New Orleans and one of five confirmed touch-downs spawned by the severe thunderstorm which battered Southeast Louisiana.

The Guard’s presence has been well received by the community, according to Maj. Nick Acosta, the operations officer for the 2-156th.

“People have been super supportive out here,” said Acosta. “They’ve brought food to Soldiers at control points and have stopped by to thank us.”

Though Soldiers have been working around the clock directing residents to their homes through the damaged areas, spirits remain high.

“The morale out here has been great,” said Acosta. “The Soldiers have been taking time with each citizen that comes through their checkpoint to ensure each person gets the right information to get them home.” The Louisiana National Guard currently has approximately 145 Soldiers activated for the disaster recovery.

Soldiers will continue to provide traffic control points in New Orleans East for as long as requested during the recovery process.