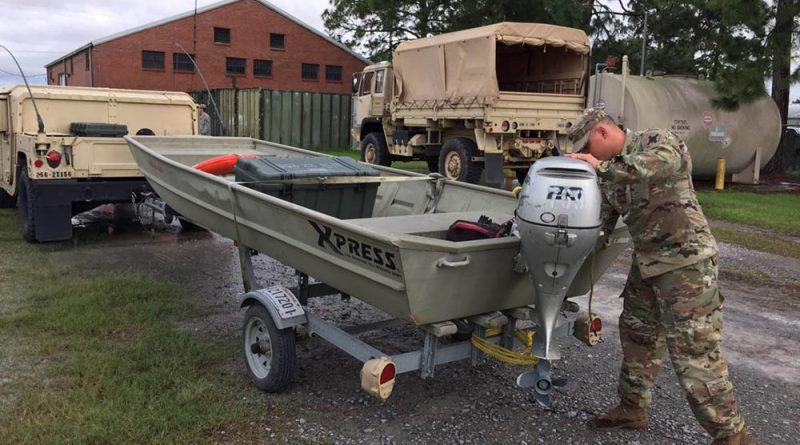 Last week, the LANG began prepositioning Guardsmen, high water vehicles and boats in south Louisiana parishes, to include Calcasieu, Vermillion, Orleans, and Lafayette. In anticipation of the storm’s continued northern track, however, the LANG has staged additional teams and equipment in upper parishes, to include Red River, Natchitoches, Caddo, and Rapides.

“Being ready and in place is as important as any training that we do, and our engagements at Parish level are absolutely critical,” said Maj. Gen. Glenn H. Curtis, adjutant general of the LANG. “In anticipation of the storm’s track, we continue prepositioning equipment and vehicles in potentially affected areas as well as responding to the immediate needs of today.”

In addition to vehicles and boats, the LANG has eight helicopters ready to support search and rescue, evacuation and recon missions as needed.

To help better assist coordination efforts at the local level, the LANG has liaison officer teams in Allen, Calcasieu, Cameron and Orleans Parishes.