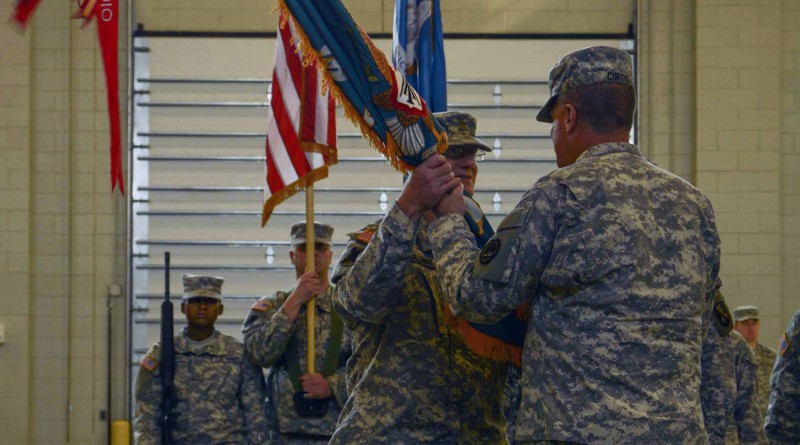 Billings assumed command from Lt. Col. Gregory Joubert, who has commanded the unit for more than two years.

“Lt. Col. Joubert has brought the BSTB up the rankings to the top, and Maj. Billings has been a part of that as the BSTB executive officer. He is now becoming the commander of the BSTB as it becomes the Brigade Engineer Battalion, so it’s a win-win for the unit and the brigade,” said Col. Keith Waddell, commander of the 256th Infantry Brigade Combat Team.

“We swapped one great leader for another, and I hope to keep seeing great results out of this unit.”

“Now that we face the future, we do so with tremendous pride and confidence knowing what we are capable of and knowing that there is nothing that we cannot accomplish,” said Billings.

Billings, a resident of Baton Rouge, has held a variety of command and staff assignments within the 256th IBCT, most recently as the executive officer of the 256th BSTB since January 2013.

Billings served as the plans officer during the 256th’s deployment in support of Operation Iraqi Freedom III. He was assigned as chief of plans in the Louisiana National Guard Joint Operations Center during the response to Hurricanes Katrina and Rita.

“Lt. Col. Joubert has led this battalion with distinction and wisdom. Under his command this battalion rose through the ranks to achieve a number one ranking among BSTBs in the nation,” said Billings.

Joubert, a resident of Lake Charles, La., has had a variety of command and staff assignments
before becoming commander of the 256th BSTB in January 2013.

“It’s been an honor to have commanded this great battalion … this is a commander’s dream to have Soldiers like these present today,” said Joubert. “I had the honor and privilege of knowing each one of you, and I thank you.”

Maj. Gen. Glenn H. Curtis, adjutant general of the LANG, presented Joubert with the Louisiana Legion of Merit award and presented Billings with the battalion’s colors.

The passing of the colors symbolizes the transfer of command, accountability, responsibility and authority from one commander to another.