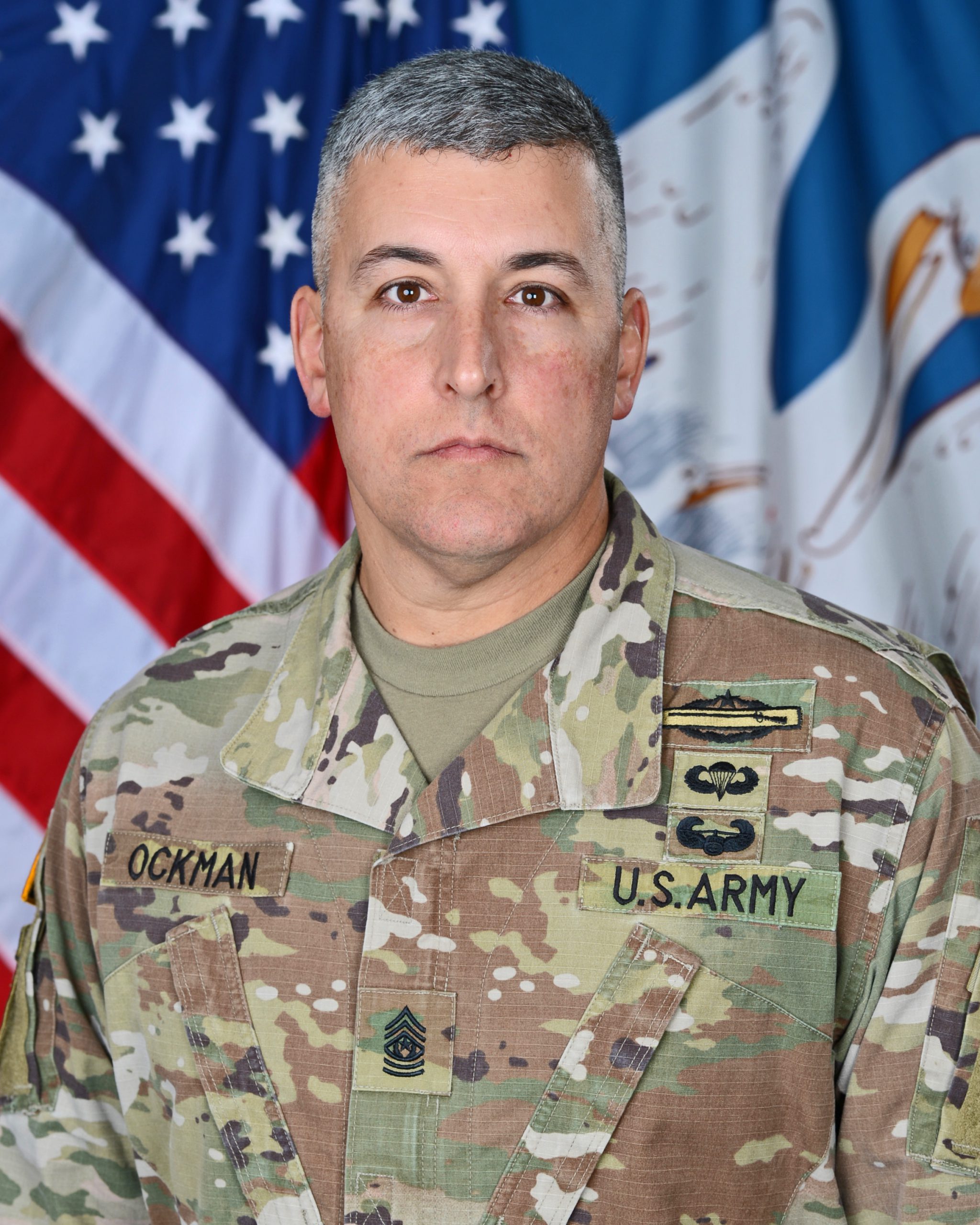 Command Sergeant Major Ockman enlisted in the United States Army in 1989 as an airborne infantryman and in 1997, transferred to the Louisiana Army National Guard and is currently an Active Guard Reserve Soldier.

CSM Ockman has served in various positions throughout his active duty and National Guard career. He has served in the 82nd Airborne Division 1/325 and Division Long Range Surveillance Detachment, 18th Airborne Corps Long Range Surveillance Company, 25th Infantry Division 4/87 and as a Pre-Ranger Instructor, and 2/156 Infantry Battalion. On 1 December 2005, he was promoted to CSM, and has since served as a CSM for the 1/141st Field Artillery Battalion, 199th Regiment-Regional Training Institute, 256th Infantry Brigade Combat Team, and the 139th Regional Support Group. He has also served as the Senior Enlisted Advisor for the Louisiana Construction and Facilities Management Office and the Louisiana National Guard’s Reintegration Office. Most recently, he served as the Regimental CSM/Commandant of the Louisiana NCOA. He was appointed to his current positon as the Louisiana Army National Guard CSM on 1 November 2017.

CSM Ockman’s civilian and military education includes Bachelor of Science and Associates in Science degrees from Excelsior College in New York. He is also a graduate of the United States Army Sergeants Major Course and the Nominative Leader Course.

He is married to the former Valerie Bordelon, and they have one son, Sergeant Cameron Ockman, who is also a member of the Louisiana Army National Guard.