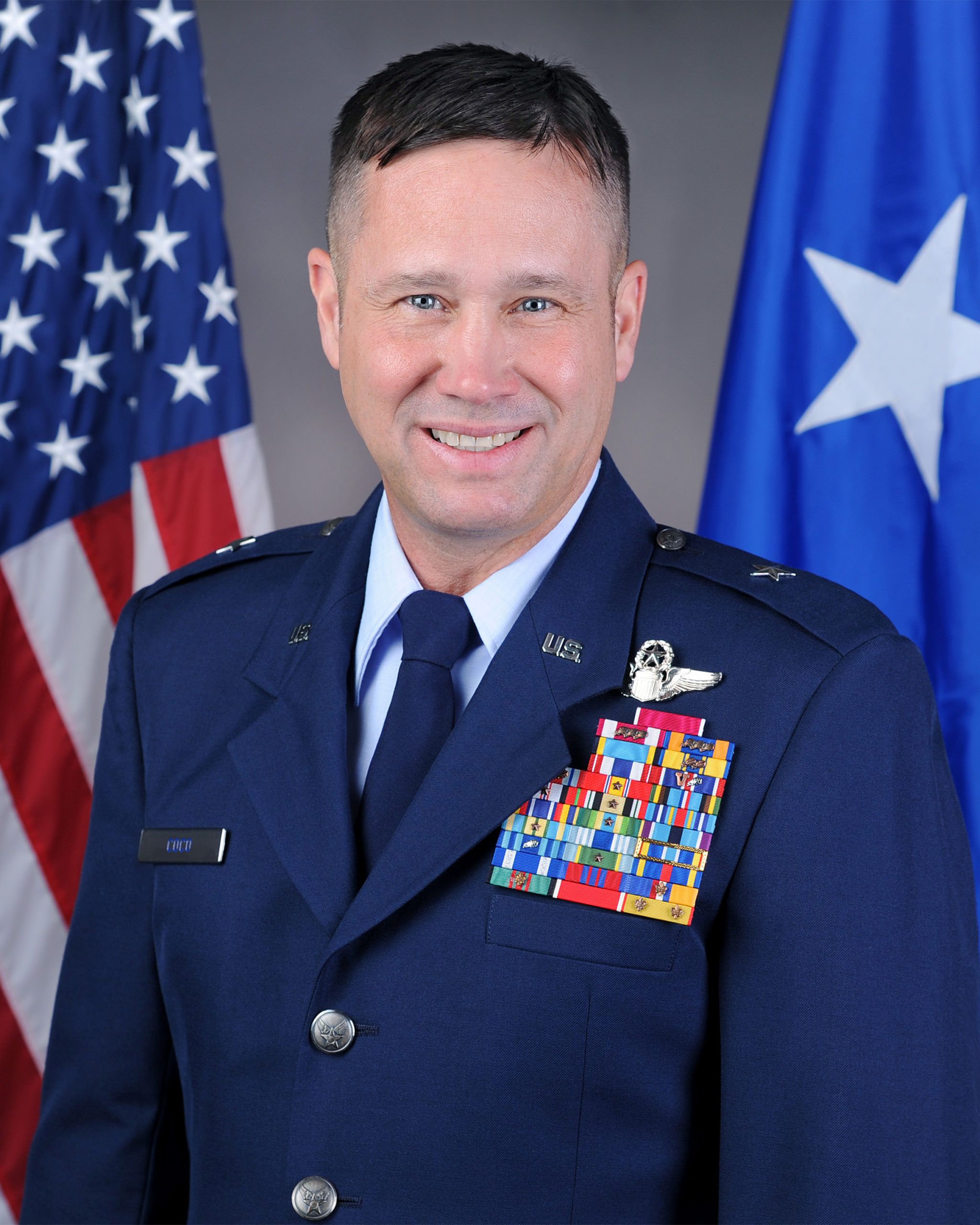 Brig. Gen. Coco was commissioned through the Reserve Officers Training Program upon graduation from Louisiana State University in 1992. He earned his wings at Reese AFB, Texas. He completed two overseas assignments as an F-15C pilot and an instructor tour in the AT-38B while on active duty before joining the Louisiana ANG in 2004 as an F-15C instructor pilot and mission commander. General Coco has served as Chief of Weapons and Tactics, as a maintenance squadron commander, an operations group commander and as Commander of the 159 FW.  He is also a graduate of the USAF Weapons School.  General Coco is a command pilot with over 3,500 flight hours, primarily in the F-15 Eagle, and over 440 combat hours.  He fought in both Operations IRAQI FREEDOM and ENDURING FREEDOM.  During Hurricane Katrina, he served in the State Emergency Operations Center as a flight liaison with rescue and recovery air assets before assuming a squadron command during Operation CRESCENT GUARD, the military police presence in New Orleans. Also, in 2012 he deployed to Kandahar AB, Afghanistan where he served as the 451st Expeditionary Operations Group Deputy Commander and flew 42 combat missions in the MC-12 Liberty.