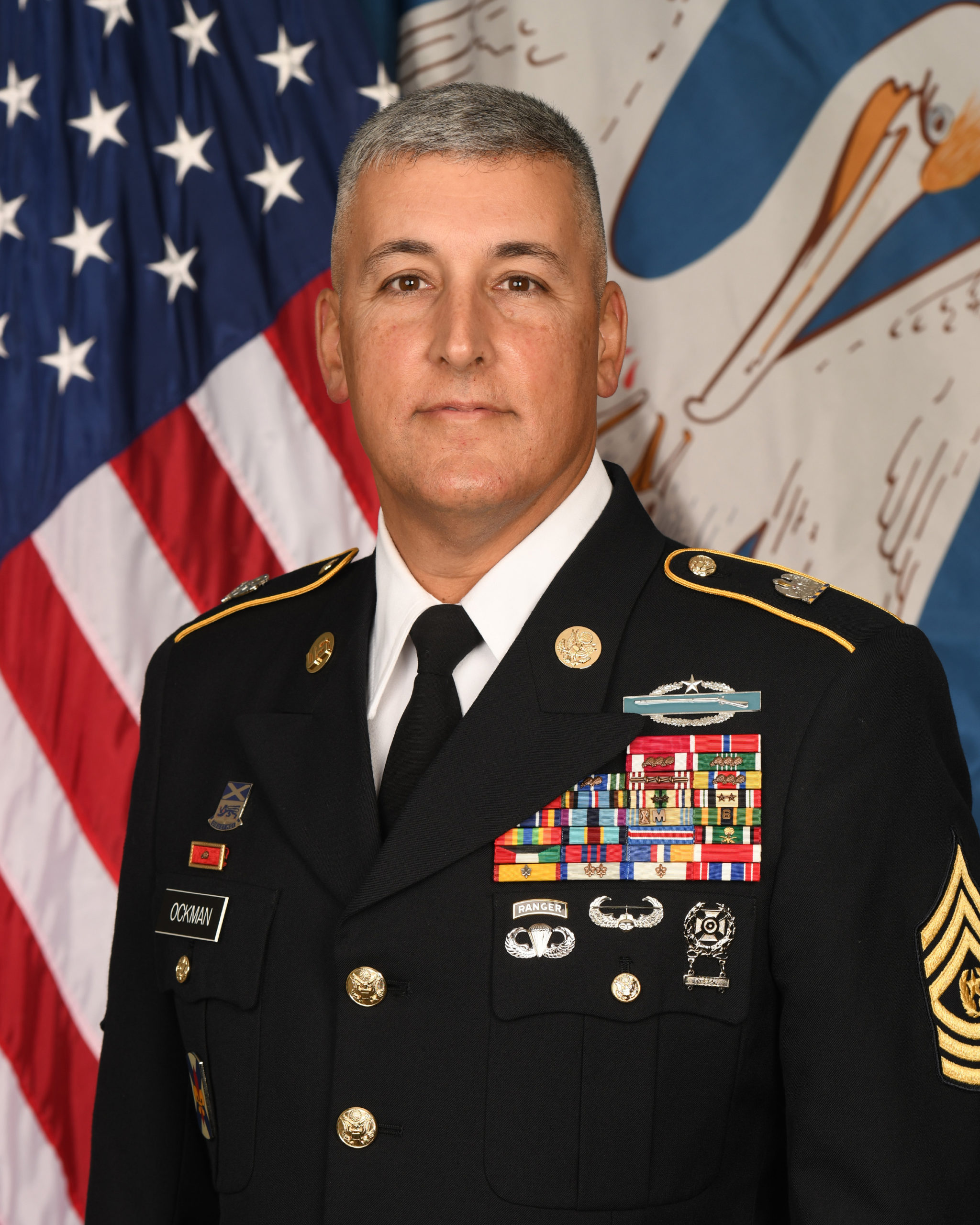 Command Sergeant Major Clifford J. Ockman, Jr. assumed responsibility as the Command Senior Enlisted Leader for the Louisiana National Guard on 1 November 2020. He advises The Adjutant General of Louisiana on all matters pertaining to the more than 11,500 Soldiers and Airmen.

CSM Ockman enlisted in the United States Army in 1989 as an infantryman. In 1997, he transferred to the Louisiana Army National Guard and is currently an Active Guard Reserve Soldier.

CSM Ockman has served in various infantry positions throughout his active duty and National Guard career. His assignments include Airborne, Light Infantry, and Mechanized Infantry units. On 1 December 2005, he was appointed to CSM, and has since served as a CSM for the 1/141st Field Artillery Battalion, 199th Leadership Regiment, 256th Infantry Brigade Combat Team, 139th Regional Support Group, 199th RTI Regimental CSM, Commandant of the Louisiana NCOA, and most recently, as the Louisiana Army National Guard CSM. He has also served as the Senior Enlisted Advisor for the Louisiana Construction and Facilities Management Office and the Louisiana National Guard’s Reintegration Office.

CSM Ockman’s civilian and military education includes Bachelor of Science and Associate in Science degrees from Excelsior College in New York. He is also a graduate of the United States Army Sergeants Major Course and the Nominative Leader Course.

CSM Ockman resides in St. Charles Parish, Louisiana, and for over 30 years, has been married to the former Valerie Bordelon. They have one son, Cameron (Emily), who are both Warrant Officer’s in the Louisiana Army National Guard.