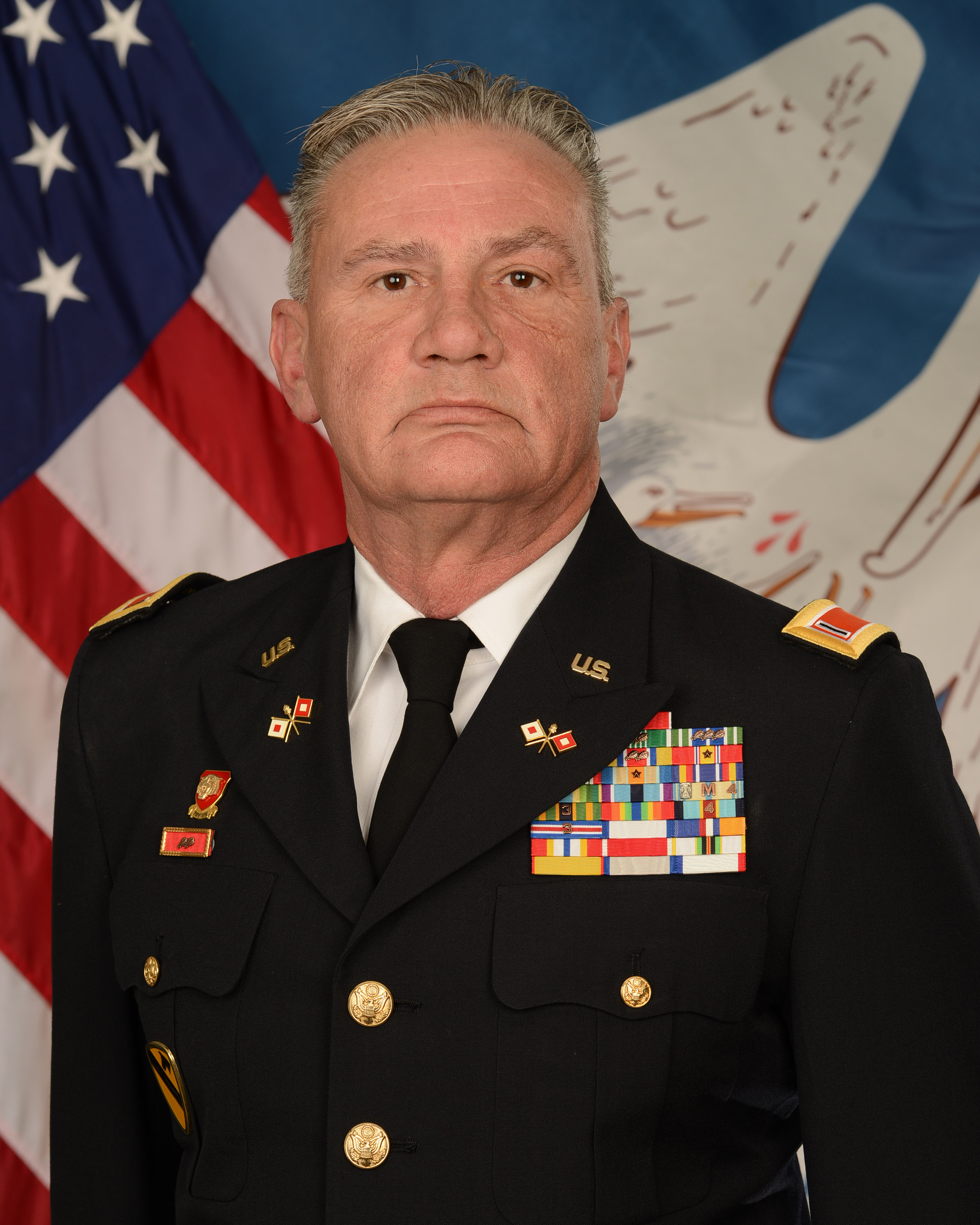 CW5 Robin P.R. Williams was appointed by Major General Keith Waddell as Louisiana’s 8th State Command Chief Warrant Officer on 1 March 2022.  As the Command Chief, he serves as the senior warrant officer advisor to the Adjutant General to address the development and strength management of the Warrant Officer Corps. CW5 Williams is responsible for keeping the Adjutant General informed and making recommendations in matters of recruiting, morale, welfare, schooling, promotion, and retention.

CW5 Williams was born in England and grew up in Africa and the Middle East. He was educated at British boarding schools and graduated from Middlesex University in London, England.

After travelling to New Orleans in January 1989, he never left and joined the Louisiana National Guard in September 1991 as a 13B (Cannon Crew Member) in the 141st FA in New Orleans. After basic and AIT, he served in a variety of positions, from advanced man, assistant gunner, gunner, howitzer crew chief, gunnery sergeant and platoon sergeant.

In January 2003, he attended WOCS and graduated in February 2003 as a WO1 as a 131A ( Targeting technician). In March 2004 the 256 BDE was alerted for federal service in Iraq, and due to the needs of the Brigade, he reclassified as a 255N (Network Management Technician), with the dual duties of running the counter fire radar section and assisting the BDE S6 section.

Upon return he was appointed as the Communications Chief for Task Force Orleans, supporting the City of New Orleans in the aftermath of Hurricane Katrina.

Follow on assignments included Communications Chief for Task Force Gator and deployments in 2008 with the 165th Combat Sustainment Support Battalion, a second deployment with the 256 IBCT in 2010 and a deployment with the 139 RSG in 2017 -2018. CW5 Williams has been working for the J6 since 2001, between deployments, and has participated in multiple cyber responses in the last few years.