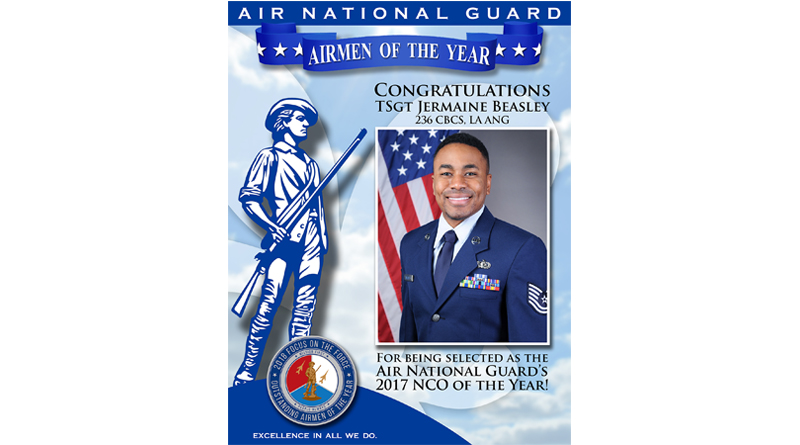 This year’s honorees, selected from the more than 91,000 enlisted women and men in the ANG, and represent the very best of the states and communities the National Guard serves.

“Each year, we seek to recognize the Airmen who represent the best of our Air National Guard,” said Chief Master Sgt. Ronald C. Anderson Jr., command chief master sergeant of the Air National Guard. “Our Outstanding Airmen of the Year come from every status and truly represent the 21st Century Guard Airmen. They fight America’s wars, strengthen our nation’s partnerships, and defend our homeland every day, without fail, at home and around the world.”