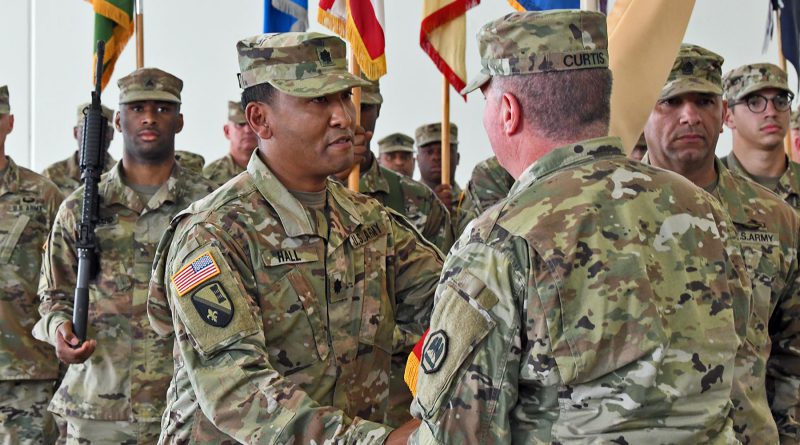 “To the leaders, staff and Soldiers of the 139th, it’s been my absolute privilege to command this outstanding organization through a difficult and challenging part of the group’s history,” said Burruss of his command experience. 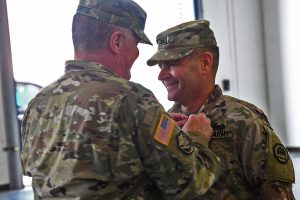 Burruss, a 34-year veteran, enlisted in the Marine Corps Reserves as an Infantryman in 1984. He was commissioned through the Reserve Officer Training Corps in 1989 as a second lieutenant in the Corps of Engineers.

He earned a Bachelor of Arts in Secondary Education from Southeastern Louisiana University, a Master of Arts in Human Resources Management from American Military University and a Master of Strategic Studies from the U.S. Army War College.

Burruss served in a variety of command and staff assignments from the platoon to the brigade level. Burruss has held his current assignment as commander of the 139th Wranglers since July 2017 and commanded their deployment to Iraq and Afghanistan in support of Operation Inherent Resolve.

“Stu, I really appreciate you stepping in at the last minute and taking this unit to combat,” said Maj. Gen. Glenn H. Curtis, adjutant general of the LANG. “You, Command Sgt. Maj. Robinson and your team did unbelievable work in Northern Iraq.”

Burruss lives with his wife, Aimee, at Jackson Barracks in New Orleans. They have three children: Alexis, Caleb and Connor.

“I’ve known Willus for many years and have seen him perform under the duress of a combat environment when we first deployed to Afghanistan back in 2002,” said Burruss of Hall. “And I have no doubt that he will absolutely succeed as the next Wrangler Six [Commander].”

Hall enlisted in the LANG’s Headquarters and Headquarters Company, 225th Engineer Brigade at Camp Beauregard in August 1987. In August 1995, he graduated from the Louisiana Officer Candidate School and was commissioned as a second lieutenant in the Corps of Engineers. He commanded the 527th Engineer Battalion from November 2013 through November 2016. He also served as the 225th’s engineer officer.

“Gen. Curtis, I am profoundly grateful once again for trust and confidence you have placed in me,” said Hall. “I will honor this precious privilege of command by serving the Soldiers of the 139th Regional Support Group to the fullest extent of my ability.”

Hall has deployed in support of Operations Enduring Freedom and Iraqi Freedom and supported humanitarian support missions to Belize and Honduras. He has also supported several stateside disaster responses including Hurricanes Katrina and Rita and the severe August floods in 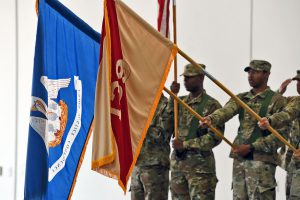 A Peabody Magnet High School graduate, Hall earned a Bachelor of Arts in Public Relations from the University of Louisiana at Lafayette. He is also a graduate of the U.S. Army Command and General Staff Officer Course and is currently enrolled in the U.S. Army War College. In the civilian sector, he is a field sales leader with Allstate Insurance Company.

“Willus, today is a great day, there are very few people that get to command on the O6 level, and you’ve earned it,” said Curtis. “I know this unit is getting a great, steadfast commander, and so I congratulate you on that today.”

Hall is a member of a proud military family; his father is a retired combat engineer and his brother, Terry, is a master gunnery sergeant in the U.S. Marine Corps. Hall and his wife, Phelycia, live in Dallas, Texas. They have two children, Erica and Dylan, and one grandson, Ethan.