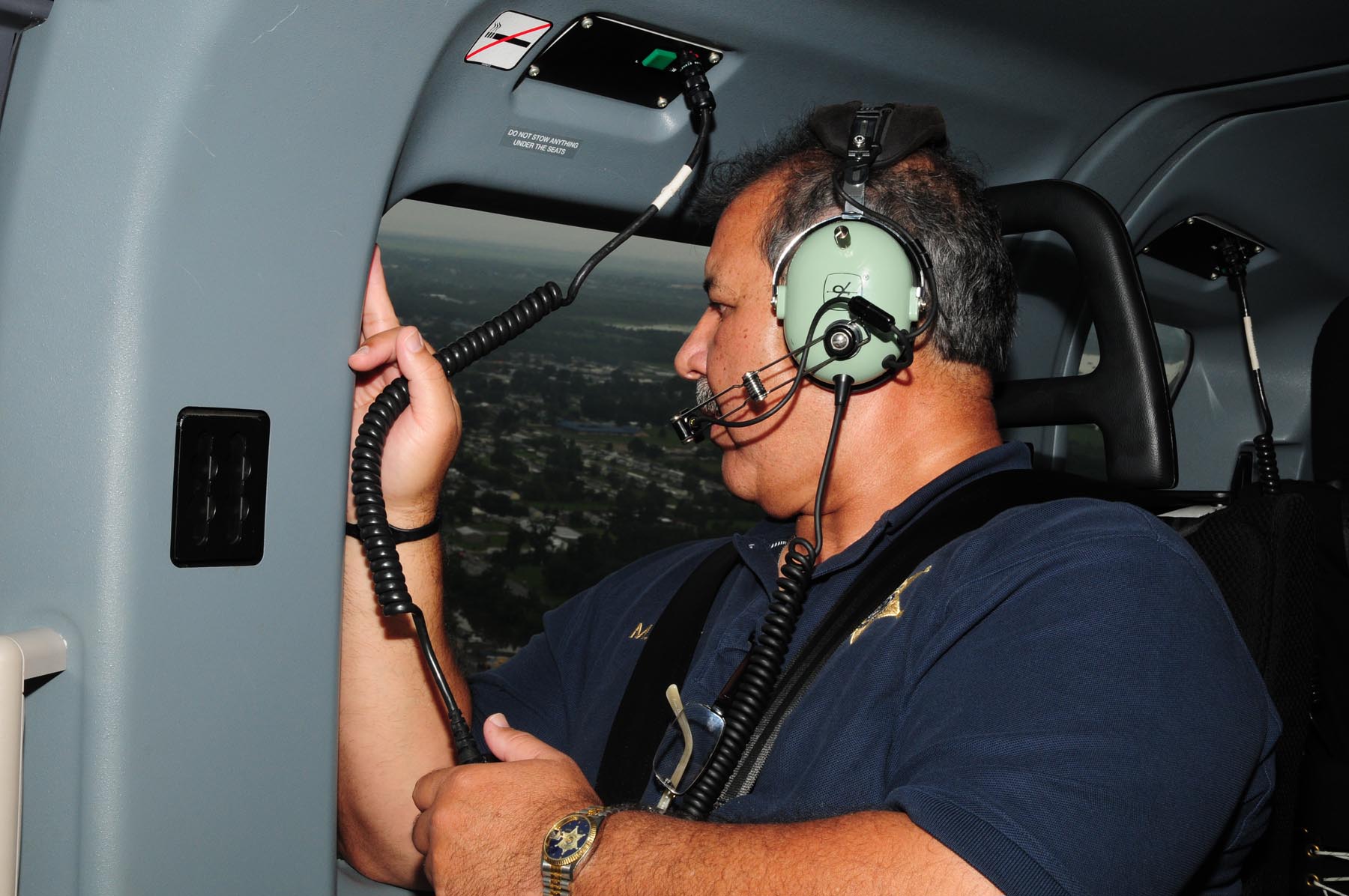 HOUMA, La. – In the pre-dawn hours of July 27, helicopter pilots and crew chiefs from the Louisiana National Guard’s Counterdrug Task Force readied their equipment at the Army Aviation Support Facility in Pineville.

The mission: help bring in the bad guys.

According to Capt. Michael S. Russell, the assistant task force commander from Terrebonne Narcotics Task Force, the TNTF executed a series of 25 search warrants and attempted to execute 73 arrest warrants based on more than 24 months of covert investigation. This round-up resulted in the seizure of 698 grams of narcotics, 22 weapons and more than $50,000 in cash.

“Executing the warrants at one time created an element of surprise,” said Louisiana State Trooper Sgt. Brett Lange, who has worked with the LANG for 15 years. He said the cross-agency cooperation enabled the successful operation.

“If we don’t work together, we’ll never get the job done,” he said.

During the top-cover aviation operation, two LANG UH-72A Lakota’s watched from the air while law enforcement agents on the ground executed the warrants, providing a bird’s eye view in the event suspects attempted to flee to avoid arrest.

“Our mission was to fly top-cover for law enforcement agencies serving warrants to ensure if they attempt to run, we can follow them by air,” said Lt. Col. Ray Schindler of Pineville, commander of the Counterdrug Task Force. “We talk to the officers on the ground from the air to assist them in apprehending.

“Over the years, our capability to assist LEAs has increased due to the addition of radios that are compatible and on the same frequency the LEAs use on the ground.”

Col. Mike Solet, the sheriff’s assistant with the Terrebonne Parish Sheriff’s Office, was in charge of the operation and monitored the mission from the LANG’s Lakota. He said the Guard’s main contributions were the resources they provided to the round-up.

“Counterdrug is so familiar with our terminology, we worked well together,” said Solet, who first worked with Counterdrug in 1995.

The task force has flown more than 100 missions this year assisting federal, state and local agencies. Later this year, two of the Lakotas will receive upgraded equipment to include: digital video recorders, search lights, touch screen displays of moving maps and a hoist.

“So far, over 400 hours have been flown in support … with another 250 to 300 scheduled until 30 September,” said Lt. Col. Dallas Jones, deputy commander of the Counterdrug Task Force.

“The Guard’s new aviation equipment provides additional capabilities than what most law enforcement agencies have readily available to them,” said Schindler. “When they need aviation assets that they otherwise cannot get, they know they can call the Louisiana National Guard’s Counterdrug Task Force for support.”

The LANG’s Counterdrug Task Force employs approximately 70 Guardsmen and has been around for more than 20 years. It consists of four programs: criminal analysts; drug demand reduction programs for fifth grade students; the substance prevention, treatment, and outreach program; and aviation operations.

Designed to provide highly skilled personnel, specialized equipment and facilities to law enforcement agencies and community based organizations in response to a changing drug threat; the Counterdrug Task Force is the catalyst for synchronized cooperation between federal, state and local agencies across the full spectrum of counterdrug homeland defense operations.