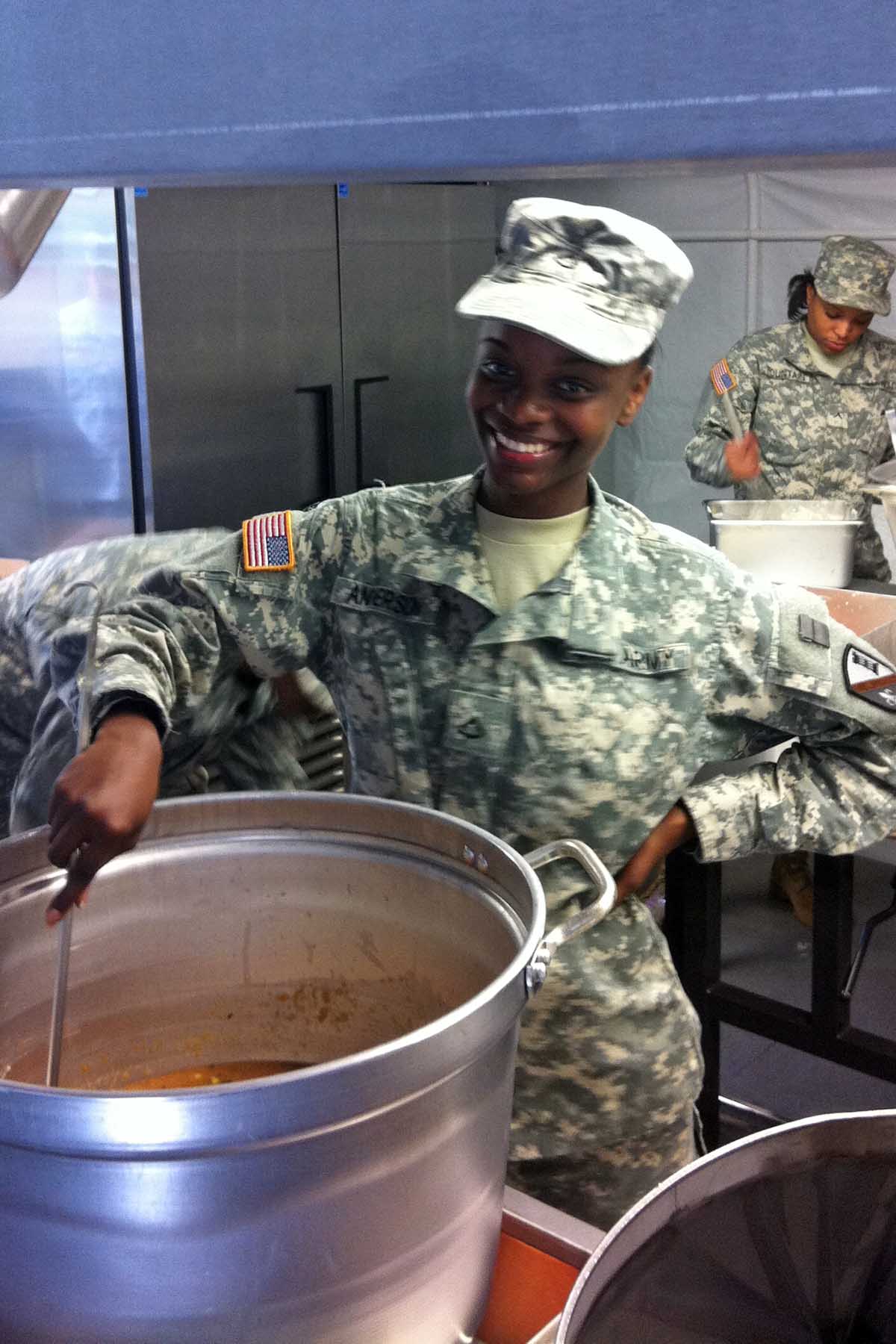 The food service personnel sections from FSC competed in the Region V Philip A. Connelly competition, June 6, and were announced as the wild-card winners earlier this month. Nationals will be held at Camp Beauregard in Pineville, Dec. 8, and is co-sponsored by the International Food Service Executive Association and the Department of the Army.

“After last year’s event, we applied our past experiences and dedicated ourselves to winning,” said Capt. Joshua Culp of West Monroe, who commanded FSC during the competition. “Every Soldier had a role in this win.”

The award was established in 1968 to improve food service operations in the Army in both the active and reserve components. The competition also works to improve the professionalism of food service personnel and recognize the efforts of serving and preparing food in Army dining facilities and during field kitchen operations.

“The field feeding section and entire company worked for over two training years to win the regional,” said Culp. “Last year we trained in the 100 degree heat in August and learned a lot about each other.”

More than 10 Louisiana Guardsmen will be participating in the national competition, and the winners will receive culinary scholarships to Johnson and Wales University.

“I’m really proud of my section for becoming the best they could be. Every Soldier is better today than they were two years ago. I have learned so much about leadership in this training, and I’m glad we competed,” said Sgt. 1st Class DeSean Harris of Monroe, noncommissioned officer in charge of the section.

“We look at the food preparation and culinary skills – basically do they know how to slice, dice and chop?” said Paul Gilmore, an evaluator for the regional and national competition with more than 20 years in the food service industry. “This competition ensures we serve our Soldiers the best quality meals.”

Gilmore said by the time the competitors reach the national competition, they have already competed four times.

“Everything is made from scratch,” he said. “All units with cooking capabilities will participate. Everybody learns during this process.”

The units prepare a meal large enough to feed the Soldiers present for duty that day in a field environment using either a mobile kitchen trailer or containerized kitchen. On the menu for the national competition is tortellini soup, chicken parmesan, pasta with homemade marinara sauce, green beans with sautéed mushrooms, toasted parmesan bread and spring salad. And for dessert, white cake with strawberry glaze and whipped topping.