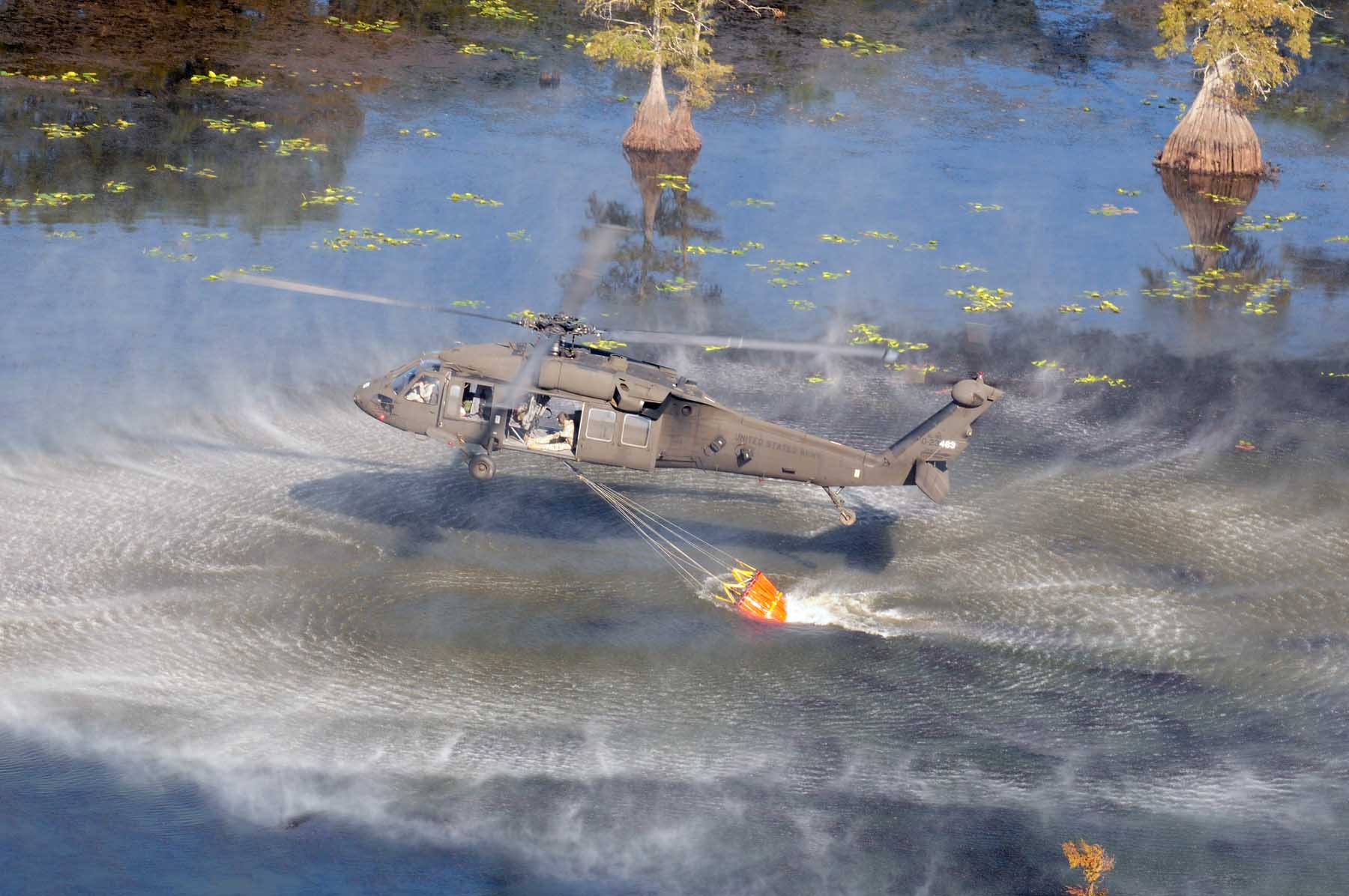 The LANG’s firefighting mission ended yesterday due to the containment of the fire and successful suppression of hot spots. Louisiana Army National Guard aviators, dropped more than 830 buckets of water on the fires, totaling more than 440,000 gallons of water from Caddo Lake.

“The Louisiana National Guard is proud that we were able to provide the necessary assets to help the Louisiana Department of Agriculture and Forestry in suppressing the wild fires yesterday in Caddo Parish,” said Maj. Gen. Bennett C. Landreneau, adjutant general of the LANG. “We are prepared to provide whatever it takes to combat these new fires in Caddo Parish or anywhere else as needed, at the direction of the Governor.”

The Caddo Parish Emergency Operations Center stated that the aircraft were instrumental in containing the fire and made the firefight manageable from the ground.

“The fires were contained, but buckets of water were dropped on hot spots to help protect and save any structures that were at risk inside the area,” said Lt. Col. John Bonnette, the LANG’s officer in charge of the mission.

Bonnette said the crews used a racetrack pattern to move the most water in the shortest amount of time to increase efficiency.

Wednesday, Bonnette said considerable progress was made over the course of the day, as the hot spots in the contained area were extinguished; resulting in the smoke being visibly reduced as a result of the smaller fires being quenched.

The helicopters are using helibuckets—large buckets carrying water suspended by cable—to assist the LDAF with the suppression of the wild fires.

The LANG is working in cooperation with the Governor’s Office of Homeland Security and Emergency Preparedness (GOHSEP), who is coordinating efforts with other state agencies to ensure the safety of citizens.