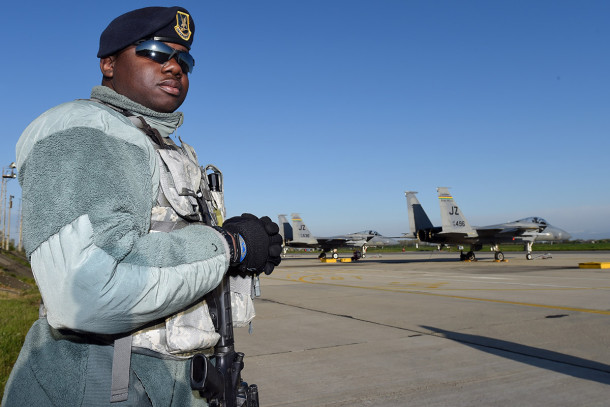 Approximately 150 Airmen from the 159FW, with other U.S. Air Force assets, are participating in Thracian Eagle 2015 to increase joint readiness and build interoperability with the Bulgarian forces.

“We are here to demonstrate our commitment and resolve to our NATO Allies,” said Rippen. “Conducting these bilateral training events helps us strengthen our relationships and improve capabilities.

“The efforts of the 159th Fighter Wing bring the vital contributions of the Air National Guard to enable the Air Force to maintain our global presence and forward presence in Eastern Europe,” Rippen concluded.

“We are going to fly and work together to exchange experience and improve interoperability between our two countries,” said Bulgarian Brig. Gen. Ivan Lalov, Graf Ignatievo Air Base commander. “It is very important to understand each other’s techniques, tactics and procedures.