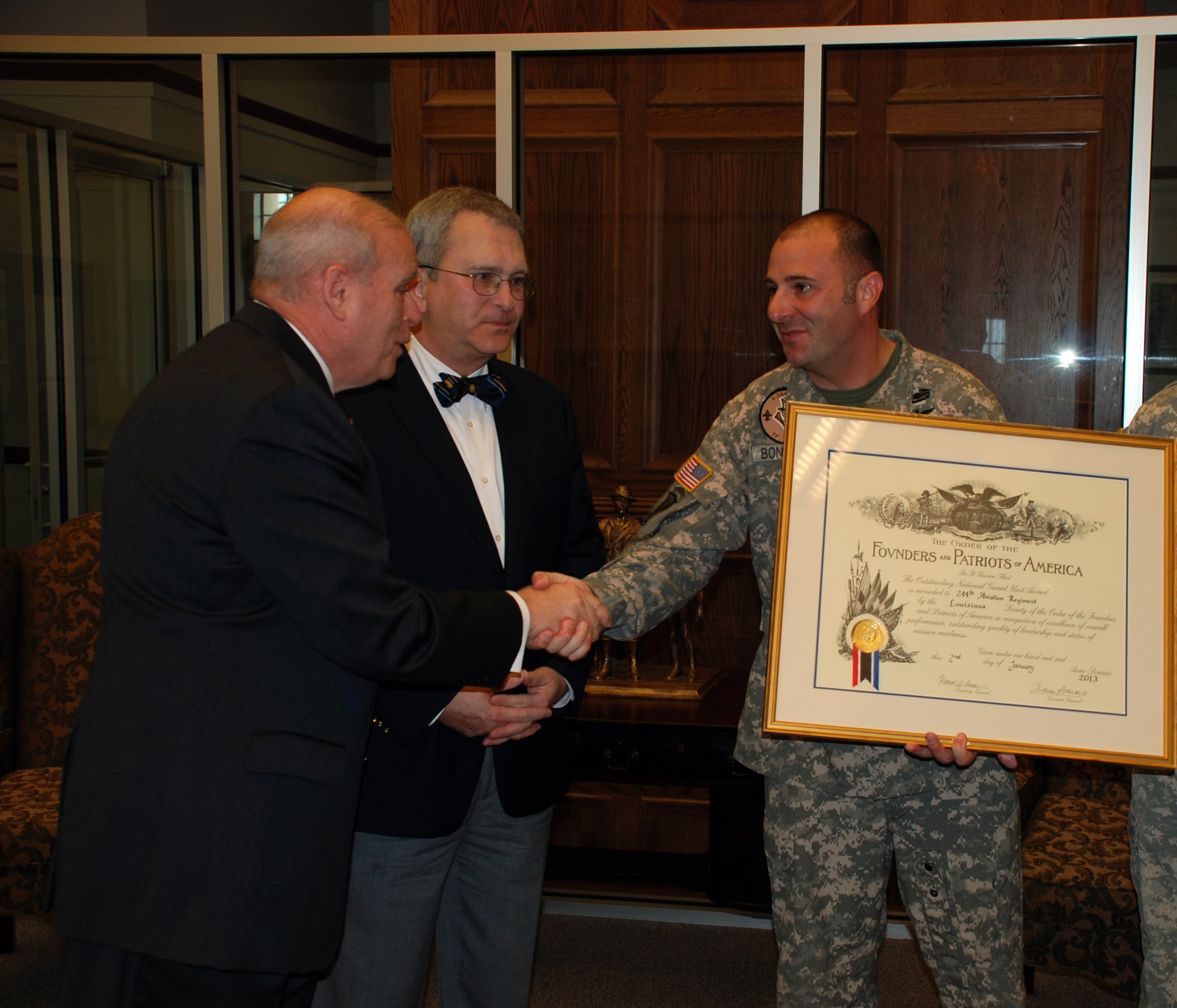 “When I read the history of the 1-244th, we became aware that not only this unit serves the state and nation, but the world,” said William Allerton, governor of the Louisiana Society of the Order of Founders and Patriots of America. “It is an honor for our organization to recognize their dedication and service to our nation.”

For the first time in nearly a decade, the Louisiana Society of the Order of Founders of Patriots of America re-instituted the award that is given to an outstanding National Guard unit.

“Not only for our battalion, but for the National Guard, this is a sign that organizations throughout the state greatly appreciate the hard work and dedication of Louisiana National Guardsmen,” said Lt. Col. John L. Bonnette, commander of the 1-244th Assault Helicopter Battalion.

“This award goes out to everyone in the unit,” said Sgt. Maj. Danny W. Bergeron, aircraft maintenance supervisor. “They devoted long hours and continuous effort to make sure our aircraft are ready to fly at a moment’s notice.”

A key mission of the 1-244th has been the search and rescue operations during hurricanes. Since Hurricane Katrina the unit has rescued more than 40,000 Louisiana residents.

“The 1-244th has been very active over the last ten years,” said Brig. Gen. Barry D. Keeling, director of the joint staff. “They have deployed twice in support of overseas operations. They’ve also responded to numerous hurricanes, the oil spill and the floods of the Mississippi, so they have definitely done their part as citizen-soldiers in support of the nation and the state.”