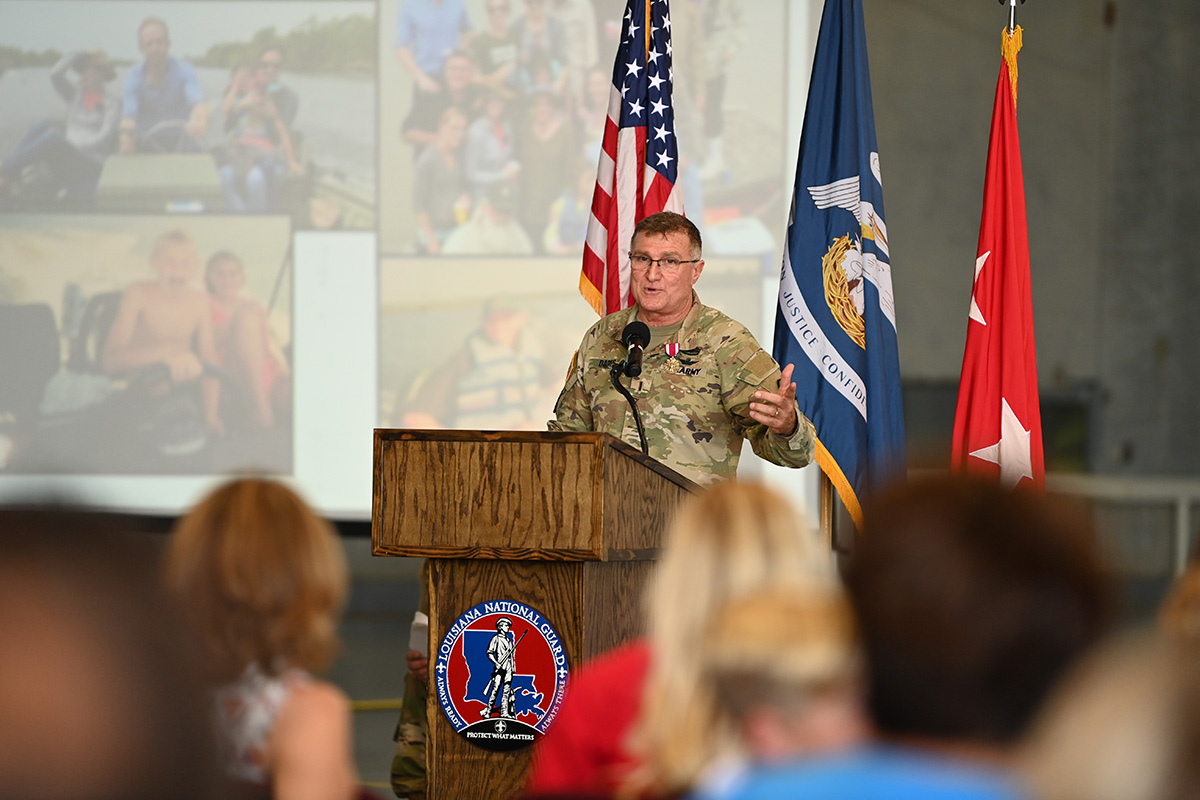 Dares, a native of Metairie, La., was appointed by retired Maj. Gen. Glenn Curtis as Louisiana’s 7th State Command Chief Warrant Officer on October 1, 2013. He served as the senior warrant officer advisor to the adjutant general to address the development and strength management of the Warrant Officer Corps. Dares was responsible for keeping the adjutant general informed and making recommendations in matters of recruiting, morale, welfare, schooling, promotion and retention.

Dares enlisted in the LANG in 1984 as a private first class and completed his advanced training as an OH-58 helicopter mechanic. In 1986, he began Army flight school training at Ft. Rucker, Alabama, and was commissioned as a warrant officer 1 in 1987. Upon his return to Louisiana, Dares was assigned to the 1-244th Assault Helicopter Battalion where he served as the standardization instructor pilot and flew UH-1H/V and UH-60A/L helicopters.

From 2005 until 2008, Dares was assigned to the State Aviation Command where he oversaw pilot training and standardization for all aviation units in Louisiana. In 2008, Dares was assigned as the commander of the Operational Support Airlift State Flight Detachment 38 which flies C-12U fixed-wing aircraft to conduct troop transport within the continental United States, Caribbean and Central America. 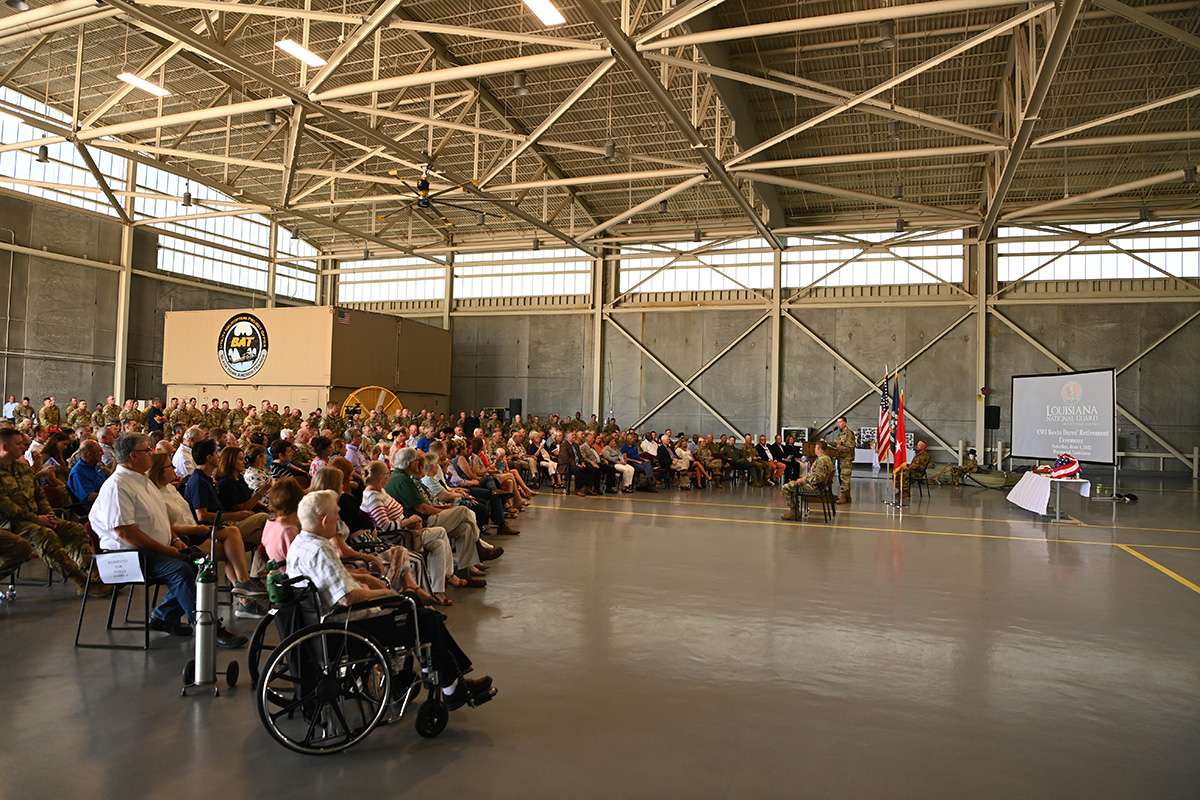 “I am truly humbled today at some of the people who showed up here,” said Dares. “From the senior ranking officials to the lowest ranking individuals, you all have had a positive impact in my life in some way or fashion.”

Dares mobilized and deployed as the standardization pilot for the 1-244th Assault Helicopter Battalion to Balad, Iraq, in support of Operation Iraqi Freedom from 2003 to 2005. In 2005, Dares was mobilized for Hurricane Katrina and was responsible for establishing a helicopter evacuation zone at the Morial Convention Center, where an estimated 10,000 citizens were evacuated by air. From 2008 until 2009, Dares was deployed to Djibouti, Africa, as the Operational Support Airlift State Flight Detachment 38 commander, where his unit flew missions throughout the Horn of Africa and Southeast Asia.

Dares graduated from Nicholls State University in Thibodaux, La., where he received a bachelor of arts. He has completed the Warrant Officer Advanced Course, Warrant Officer Senior Course and Warrant Senior Staff Course. He also completed the UH-1, UH-60 and C-12 Instructor Pilot courses and the Instrument Flight Examiner course. He compiled over 7,300 flight hours.

Dares and his wife, Dawn, reside in Folsom, Louisiana. They are the parents of four children, Kevin II, Jessica, Amy (Jacob) and Michael (Lilly). They are also the grandparents of Victoria, Skylar, Holton, Palmer and Jolie.