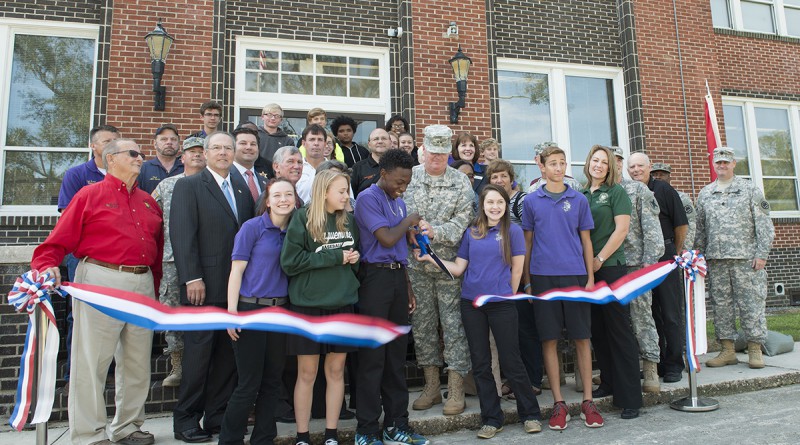 STARBASE is a Department of Defense funded program aimed at fifth grade students. The five-day, interactive program focuses on the curriculum of science, technology, engineering and math (STEM), in both a hands-on and classroom environment.

“These children are the future scientist and engineers of our country,” Maj. Gen. Glenn H. Curtis, LANG adjutant general, said. “We need a cornerstone in the community and STARBASE is a great program to do that with by educating 5th graders in STEM.”

LANG also operates STARBASE locations at Jackson Barracks in New Orleans and at Camp Beauregard in Pineville that have served more than 13,000 students.

The program covers areas such as physics, chemistry, robotics and even space exploration. Another goal of STARBASE is for kids to learn to work as a team and communicate together for a common goal.

“STARBASE will foster science and math at a high level for our children to lead our state in the future,” Dr. P. Edward Cancienne, Jr., Iberville Parish School District superintendent, said. “We have the best National Guard in the United States of America, always ready always there.

During the program, students conduct an engineering-design project that helps them learn about space and lab modules. The aspiring young scientists also learn about and build rockets that are launched at the end of their five-day journey and use flight simulators in the computer lab.

The staff also works closely with the teachers of visiting schools to give them new ideas for educating the students once they return to their regular school environment.

There are currently 53 STARBASE programs in 33 states, the District of Columbia and Puerto Rico, which have graduated more than 878,000 students nationwide.