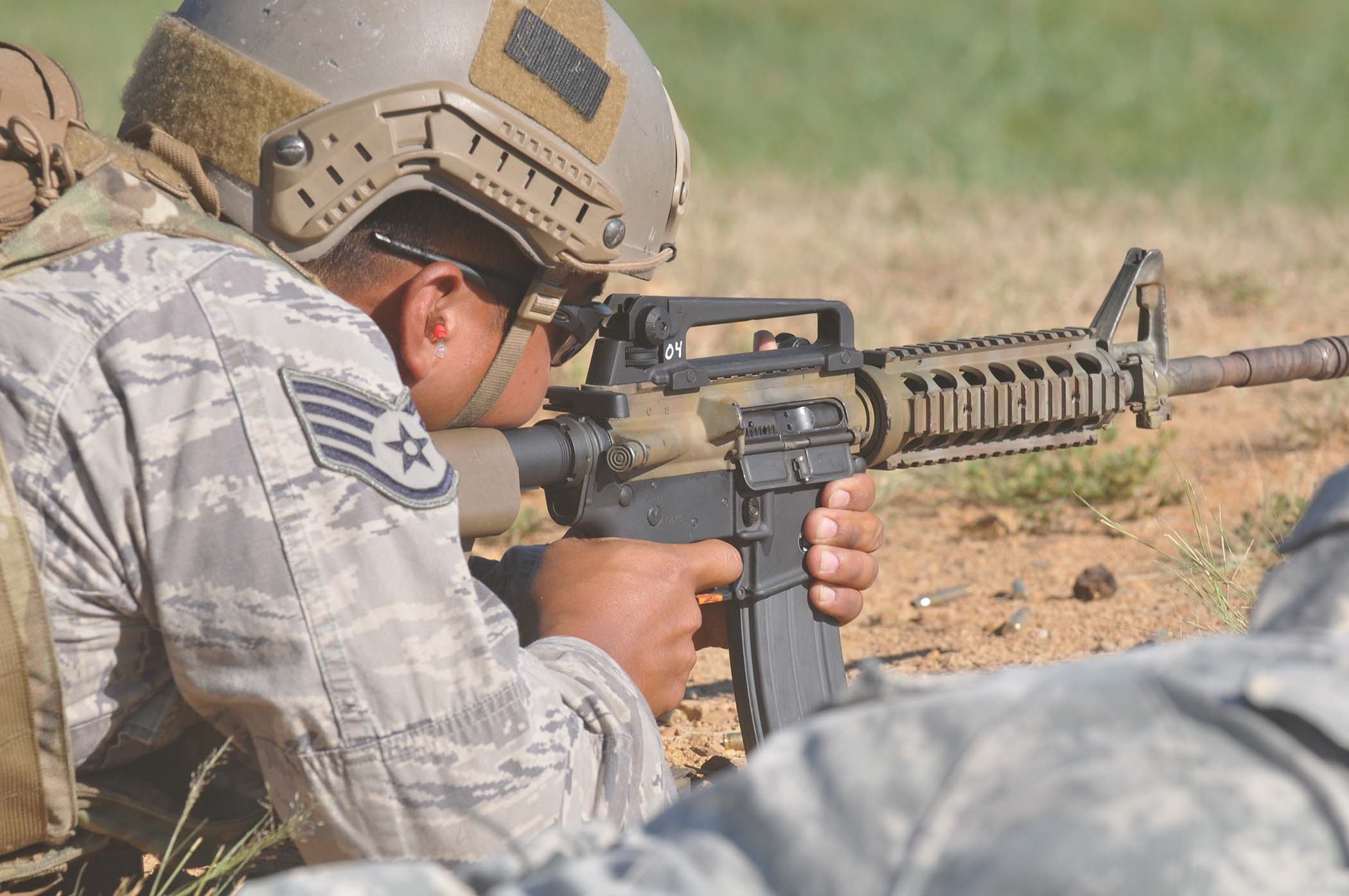 Eleven Soldiers and Airmen from the LANG’s team competed against Guardsmen from all 50 states, Washington, D.C., and Puerto Rico in the competition that was originally cancelled from its usual April timeslot due to sequestration. Even with just a few weeks’ notice of the new dates, the LANG team was ready.

“I get the team all the ammunition, targets and training time I can,” said 1st Sgt. Tommy McGee, the State Marksmanship coordinator. “I focus training on accuracy, position, wind, range, and trace, and train hardest on those events where people have been dropping points.”

Staff Sgt. Jamie Eppinette echoed those sentiments. “We train as often as possible before a match, maybe two or three weekends a month, mostly on our own, because everyone lives in different areas of the state.”

“A few of us go and shoot rounds at Bodcau Range [in Haughton, La.] whenever we can, just to practice a good sight picture,” said Sgt. Geoffry Moseley, a first-year team member from 1087th Transportation Company in Jena, La. “Then a couple of times we went down to Bastrop to train on the details, like windage, with 1st Sgt. McGee.”

The competition consists of approximately 20 events spread over five days of shooting. Guard members compete for individual as well as team awards with rifles and pistols, both with and without optical sights.

The pace of the competition can be challenging. “Being from Louisiana, we’re a little used to the heat, but some of these guys [from other states] have struggled,” said team member Tech Sgt. Gary Phelps, an Airman with the 159th Fighter Wing in New Orleans.

In the five-stage Combat Rifle Excellence in Competition match, Soldiers and Airmen take aim at targets ranging from 400 meters to only 25 meters, with the allowable time to fire ten rounds decreasing from two minutes to only nine seconds for the closest target. Mandatory magazine changes for some targets and transitions from standing to kneeling to prone firing positions add to the difficulty of the match.

The LANG team is made up of the best marksmen the state has to offer. Soldiers and Airmen qualify annually with their units and the best scorers are invited to compete at the state level in the TAG Match. The best marksmen from that competition are named to the “Governor’s Twenty” and help make up the team that competes at the national level.

Moseley made the “Governor’s Twenty” on his first try, and being in the right place at the right time helped. “I was at Camp Beauregard during the TAG Match this year training Soldiers for deployment when someone had to drop out. They asked if I wanted to shoot in his spot, since I had been trying to get into the match for a long time, so I jumped at the chance,” he said. It was his first taste of competitive shooting, but he plans to compete in as many matches as possible now, having experienced the excitement of the national stage at WPW.

“We’re competing against the best of the best,” said Eppinette, an eight-year veteran of the team. “Our goal is to learn as much as we can from the other competitors and bring that back to our units.”