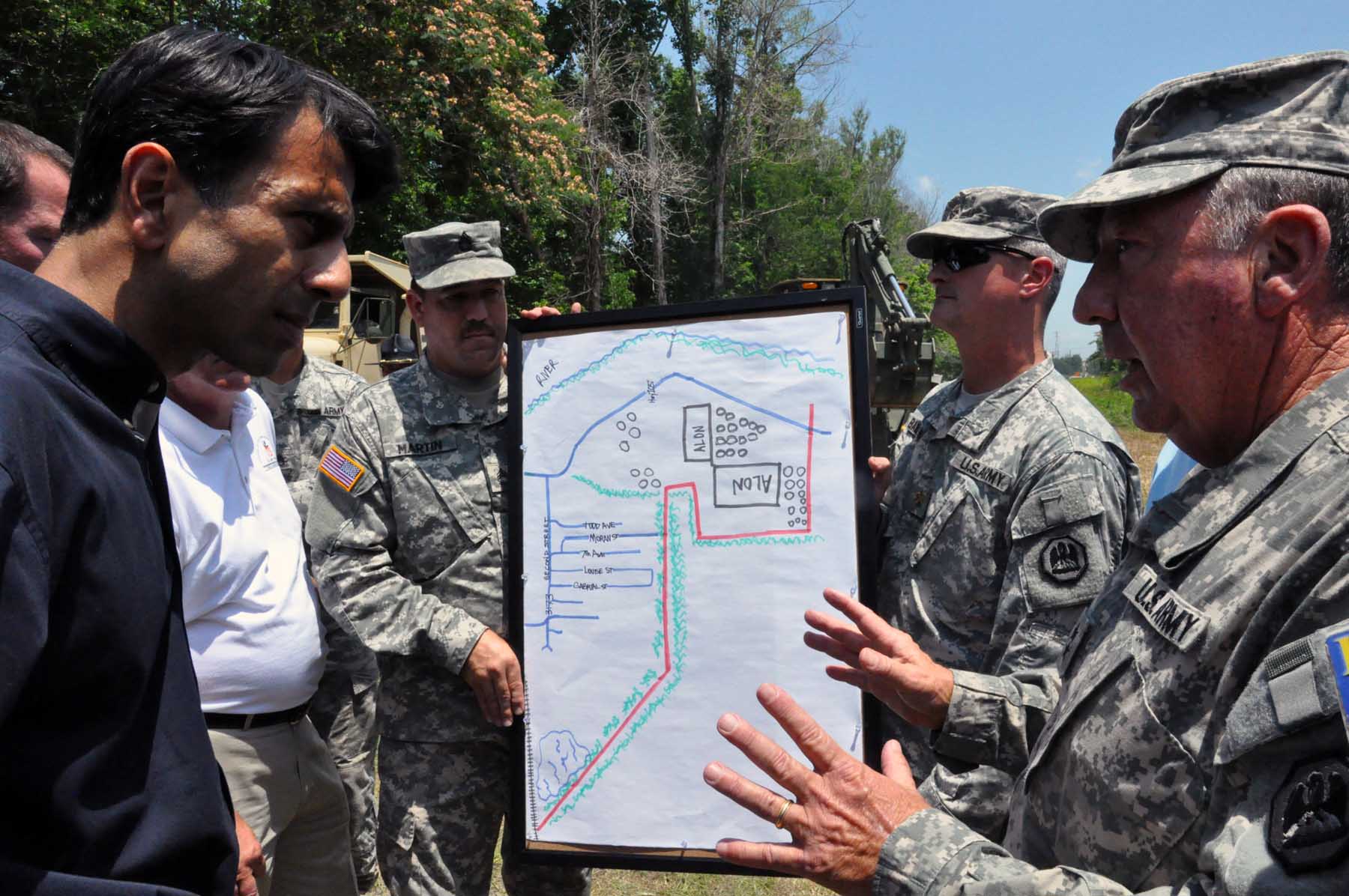 The protection will be necessary to ease the pressure further down the Mississippi River, said Louisiana Governor Bobby Jindal.

The LANG is building part of a two-mile long levee which raises a barrier one to nine feet adding protection for the St. Landry Parish homes, an electrical substation and a refinery in the Atchafalaya Basin.

Moving quickly after receiving the mission, the LANG, in support of local and state agencies, including the Department of Transportation and Development, responded and began arriving on site Wednesday.

Jindal and Maj. Gen. Bennett C. Landreneau, the adjutant general of the LANG, toured the site Thursday afternoon to see the construction progress. A long, raised bed of recycled asphalt was in the process of being laid before sand-filled HESCO baskets were placed on top.

The Guards doing everything they can, said Jindal to residents of Krotz Springs. Its a race against time to protect our peoples lives first — and property second.

Cooperation across agencies has allowed the work to take place at a rapid pace.

I cant say enough about the local partnership, said Jindal. This is something that the mayor and parish officials said  if the Guard and state didnt help them, then they couldnt get this done.

Sgt. William Rickels, project noncommissioned officer in charge for the LANG engineers, has responded to numerous state missions during his 11 years of service including Hurricanes Katrina, Rita, Gustav, Ike and the 2008 mission near Morganza to fortify the Potato Levee.

We are here to support the state as a whole, said Rickels, a resident of Baton Rouge and Louisiana State University graduate. [Serving] gives back to the community. You feel a sense of accomplishment when you sandbag around houses or clear roads so people can get to their things.