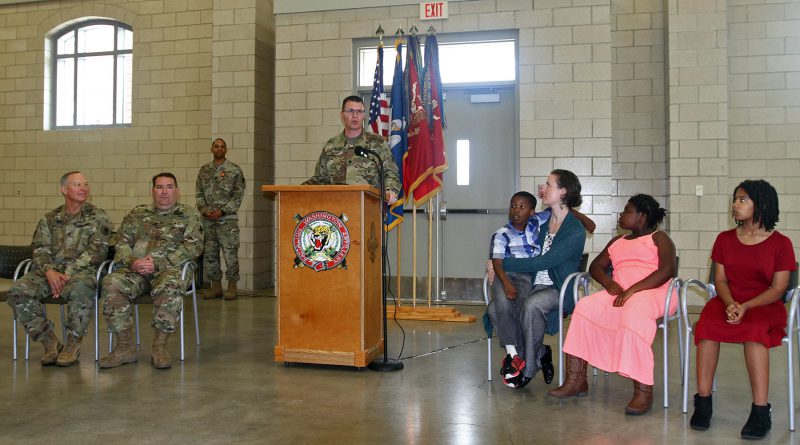 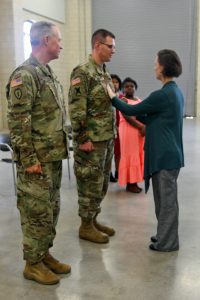 “It’s always great to come together and recognize the hard work and effort of such an outstanding, humble man of God who is a tremendous servant, leader and a great soldier,” said Col. William Rachal, commander of the 256th. “I have personally benefited numerous times from his sound council. He is always there for a prayer or kind word.”

Originally from Montgomery, Alabama, Brooks holds a Ph.D. in Theology and Islamic Studies from the New Orleans Baptist Theological Seminary, with a minor in Preaching. He was commissioned as a second lieutenant chaplain candidate while earning his degree in 2003.

“Col. Rachal, it has been amazing over the years to serve under you, because every single time we ask for something, you’re very supportive of our chaplains taking care of soldiers, and we really appreciate that,” said Brooks. “I’ll certainly continue to pray for you and your leadership.”

Brooks deployed in 2010 to Iraq with 1st Battalion, 141st Field Artillery Regiment as their chaplain and has also served during multiple flood and hurricane events that have occurred in Louisiana. He has served as the chaplain for the 256th Infantry Brigade Combat Team for the last five years.

“I want to thank my family. My dad, my sister and my niece are here and I appreciate your love and 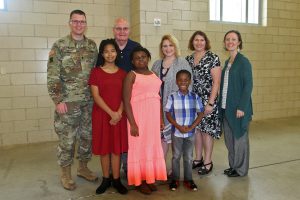 support,” said Brooks. “Years ago, my dad had me thinking about joining the National Guard. I think God used those seeds he planted in me then to be able to do this today.”

Brooks resides in New Orleans with his wife, Ashley, and their 3 adopted children; Karis, 12, Alethia, 10, and Josiah, 6.