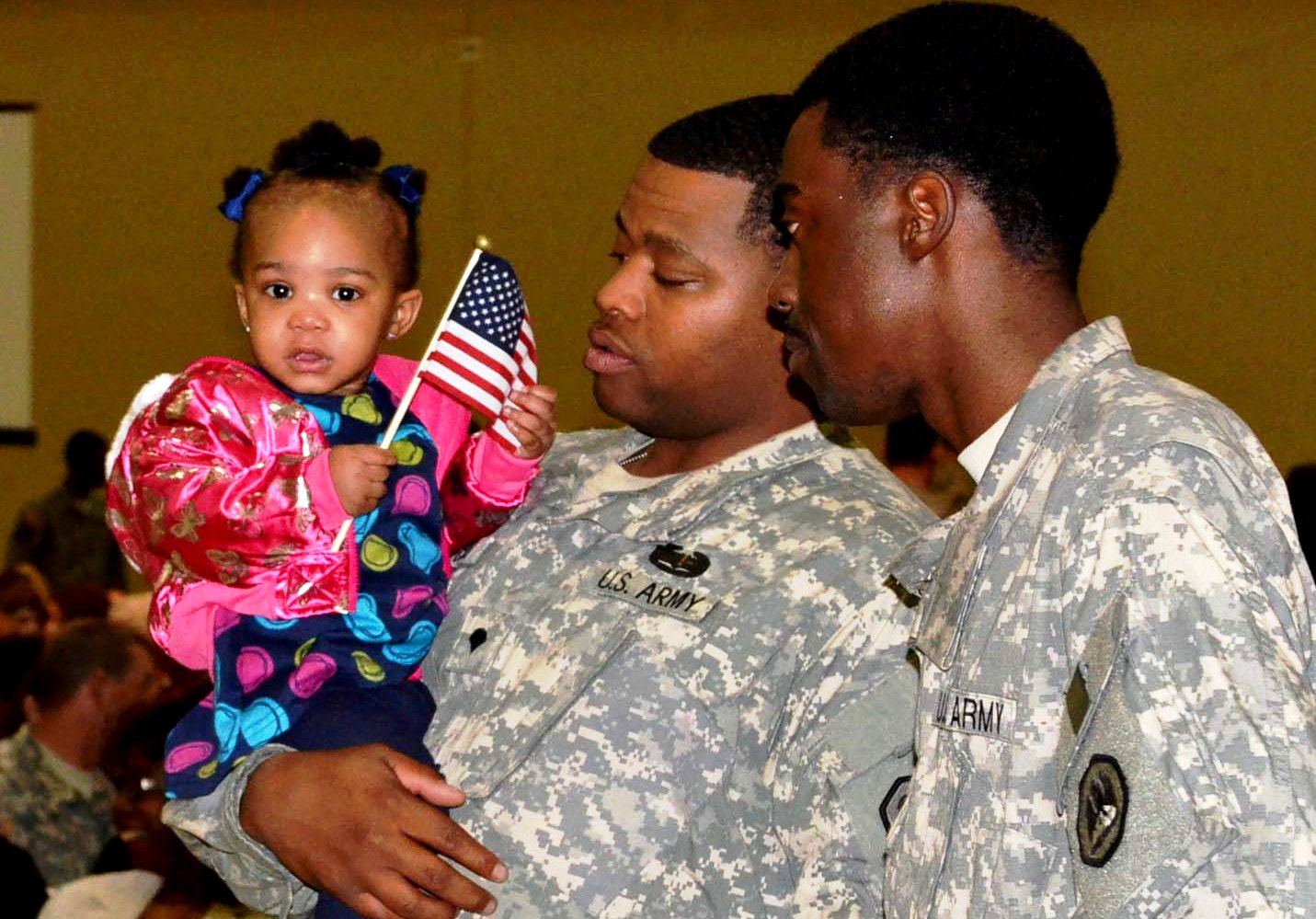 NEW ORLEANS – Preparation and experience were among the highlighted themes as the Louisiana National Guard, family, and friends bid farewell to the 1084th Transportation  Company during a deployment ceremony at the St. John  Center in LaPlace, La., Feb. 24.

Maj. Gen. Glenn H. Curtis, adjutant general for the LANG, spoke to the 1084th Troops preparing to deploy to Afghanistan, as well as the gathered community.

Curtis noted that a number of 1084th Soldiers have deployment experience due to their overseas service in other transportation units in the LANG.

Curtis said, “We have a lot of veterans in here, and if you’re a young Soldier or a family member of a young Soldier who has not deployed yet, those Soldiers will take care of you.”

Capt. Anthony Garrison, commander of the deploying 1084th, addressed his troops at Sunday’s deployment ceremony with comments that praised the Soldiers before him.

“With over 20 years of military service, I can honestly say, standing here in front of you, that you are the finest group of Soldiers I have had the privilege to serve with,” said Garrison.

Based out of Reserve, La., with a detachment in Slidell, La., the 1084th will deploy more than 155 Soldiers during a 365-day deployment to Afghanistan to utilize their expertise and versatility by providing convoy escort of host-nation vehicles and provide transportation support to friendly forces operating within the assigned area.

“We’re well prepared. We are with the best fighting force in the world, and I’m more than confident that we will return home safely,” said Master Sgt. Robinson as he held Danielle, his infant girl.

His wife, Valerie Robinson, cared for their two sons, Alex and Zachary, during Robinson’s two previous deployments to Iraq.

“I find that when you learn about what’s going on and you stay knowledgeable about it, you do a lot better with coping,” said Valerie on dealing with long absences.

Before deploying overseas, the 1084th will conduct mobilization training at Fort Hood, Texas.

Over the years the 1084th has provided support during Operation Nobel Eagle and disaster relief for Hurricanes Katrina, Rita, Gustav, Ike, and most recently Isaac.  Additionally, Soldiers from the 1084th supported state efforts for the Deep Water Horizon Oil Spill, Task Force Bon Voizen in Haiti and again for Operation River Guardian.