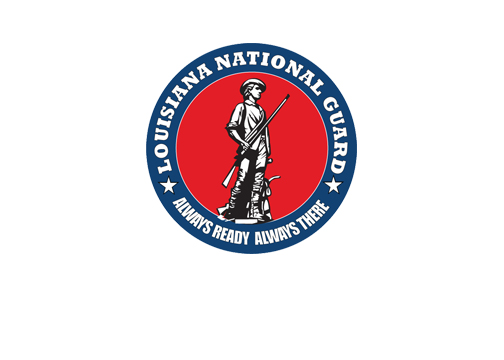 The Vernon Parish Sheriff’s Office led a raid that resulted in more than 6,800 marijuana root balls being destroyed, with each root ball consisting of three to four plants with their roots twisted together, to substantially increase the plant’s tetrahydrocannabinol or THC level. In all, between 20,000 to 27,000 plants were eradicated on more than two acres, ranging from seedlings to three feet in height.

The LANG CDTF provided aviation assets to run a surveillance operation during the day, and then returned again around 9:30 p.m. The pilots flew from two miles away at 4,500 feet in the air and were able to safely guide the snipers from the Louisiana State Police into position using real-time video imagery and radio communication.

“We provided air craft at night with an IR (infrared) camera to see how many people were working in the plot,” said Lt. Col. Dallas Jones, deputy Counterdrug coordinator. He has worked with Counterdrug since 1995. “This is the largest find the LANG Counterdrug has ever assisted in.”

The real-time video imagery not only provided specific intelligence that the plot was actively being cultivated and the plants processed, but also the number of workers.

“The camera did all the work,” continued Jones. “We have the latest and greatest equipment.”

“Once law enforcement has procured a warrant they can request National Guard aviation assistance to fly surveillance while they execute the warrant to look for dangers that the civilian law enforcement officers might encounter on the ground and to follow any suspects that might decide to run,” Schindler said.

“We train our pilots and crew to be the finest operators out there. The combination of state side emergency operations, deployments and day to day business of assisting law enforcement with aviation operations make us an incredible asset to the community with astonishing depth that you cannot easily replace,” said Schindler. “The Louisiana National Guard adds value to every scenario you can throw at us.”

Jones said that he has personally seen a decrease in the size and amount of marijuana plots grown in Louisiana from when he started flying missions 18 years ago.

“Flying eradication missions is a deterrent to criminal narcotic activity – our presence makes bad guys work harder and take more risk because our equipment, experience and successful operations make it more difficult for them to conduct their business.”

Jones has earned a reputation for his eagle eye after spotting a single marijuana plant growing from more than 500 feet in the air with the naked eye. He attributes his successful finds to his years of experience flying missions and continuous training as the reason he and his fellow pilots are a huge asset to help law enforcement combat criminal activity.

“After flying as many missions as we have, you just see the groundscape differently; you block out the other natural vegetation and zero in on what we are looking for,” he said.

Other law enforcement assisted in the raid including the Louisiana State Police, Louisiana Department of Wildlife and Fisheries and the FBI.