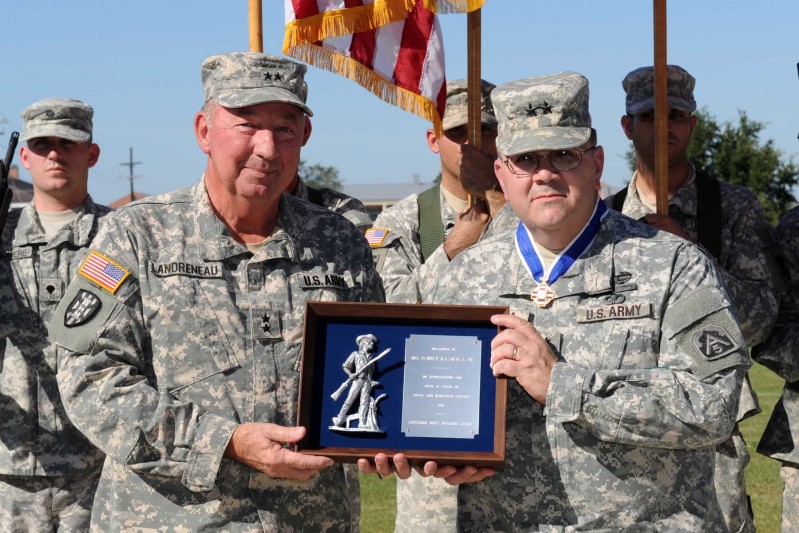 “John is a great American, a true patriot, a warrior and a friend,” said Maj. Gen. Bennett C. Landreneau, adjutant general of the LANG. “Throughout his career, he accomplished the mission at hand while always putting the needs of Soldiers and Airmen at the forefront. His motivating factor was to improve readiness and the quality of life for those under his command.”

Commissioned in 1978, Basilica has served in numerous commands in the active Army, Reserve and National Guard, most recently as the commander of Operational Command Post #1 at U.S. Army North (5th US Army), Fort Sam Houston, San Antonio, Texas. In 2004, Basilica commanded the 256th Infantry Brigade Combat Team while mobilized for 18 months in support of Operation Iraqi Freedom.

“I am grateful especially for my family’s unqualified support for my career,” Basilica said during his address, noting that the day’s emotions were that of gratitude and pride.

“What was most impressive to me from day one was the professional ethos of every Soldier in the Louisiana National Guard,” Basilica said, having served 10 years in the active Army before moving to Louisiana.