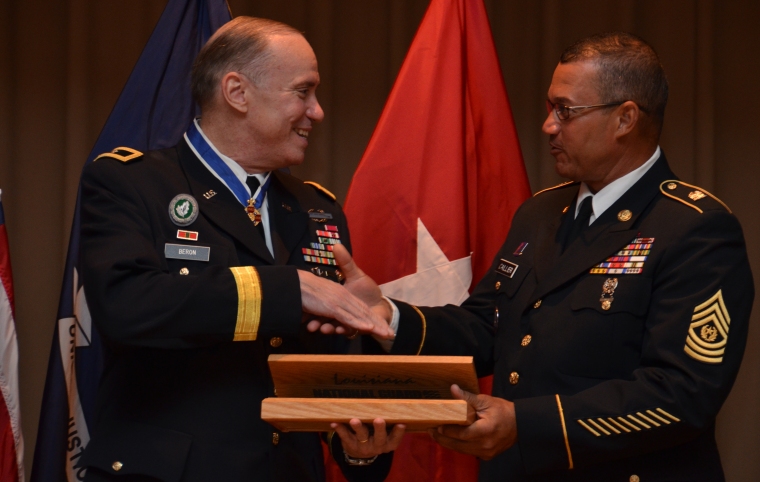 NEW ORLEANS  Army Brig. Gen. Thomas E. Beron of Metairie said farewell to the Louisiana National Guard and military service during a retirement ceremony at The Orleans Club in New Orleans, May 26.

Commissioned in 1984, Beron has served in numerous commands in the active Army and National Guard, most recently as the commander of the LANGs Land Component Command.

You can be proud of the fact that you set such high standards  with the training and mentoring of many young NCOs and officers, said Maj. Gen. Bennett C. Landreneau, adjutant general of the LANG. We thank you for all you have done.

Beron thanked the many people and Soldiers he has worked with through the years, but gave ultimate praise to his wife, Winifred, and daughter, Scout, for their support and sacrifice throughout his military career.

Beron is a graduate of Tulane University and is the assistant general counsel and vice president  legal for McMoRan Oil & Gas in New Orleans.