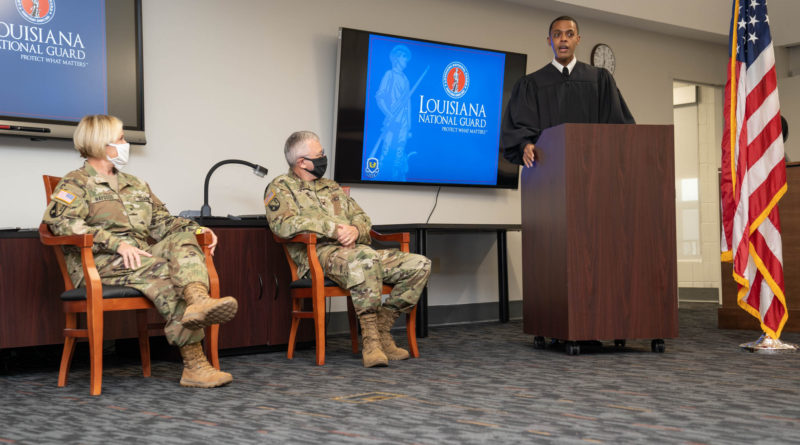 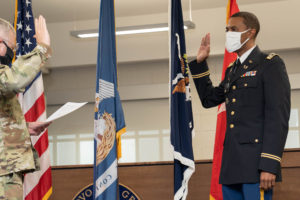 NEW ORLEANS – Lt. Col. Steven B. Sumbler was officially robed as the Louisiana National Guard’s military judge during an investiture ceremony at the Office of the Staff Judge Advocate Courtroom in New Orleans, Aug. 15, 2020.

Sumbler, a resident of Oakdale, La., is the sixth judge to be appointed since the enactment of the Louisiana Code of Military Justice in 1974.

“To the JAG Corps family, thank you for supporting me,” said Sumbler. “Without you, I would not be here. I appreciate all that we have done together as a team.”

The Louisiana Military Judge presides over courts-martial of members of the LANG who are charged with offenses under the LCMJ, which parallels the Uniform Code of Military Justice.

Assistant Adjutant General, Brig. Gen. Cindy H. Haygood, remarked, “As the presiding military judge, Steven will have his own space within this courtroom, where he will conduct training and proceedings to hone his craft within the military justice system where truth and integrity are at the core.”

The ceremony was the first to be held at the first permanent military court room in the history of the Louisiana National Guard. 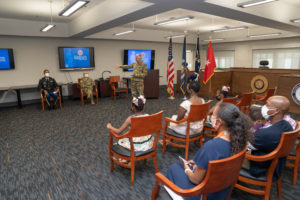 Sumbler was appointed to the position of military judge by Col. Connell Archey, the State Judge Advocate for the LANG.
“What a responsibility to name the judge, but this was an easy call,” said Archey.

Sumbler recently returned from deployment with the 225th Engineer Brigade. Sumbler is also engaged in his community, as he recently assumed command of the Oakdale American Legion post.

“To say I’m honored would truly be an understatement,” he said. “Going forward, I promise integrity, I promise that I will do the best I can with justice, and I’ll apply the laws.”