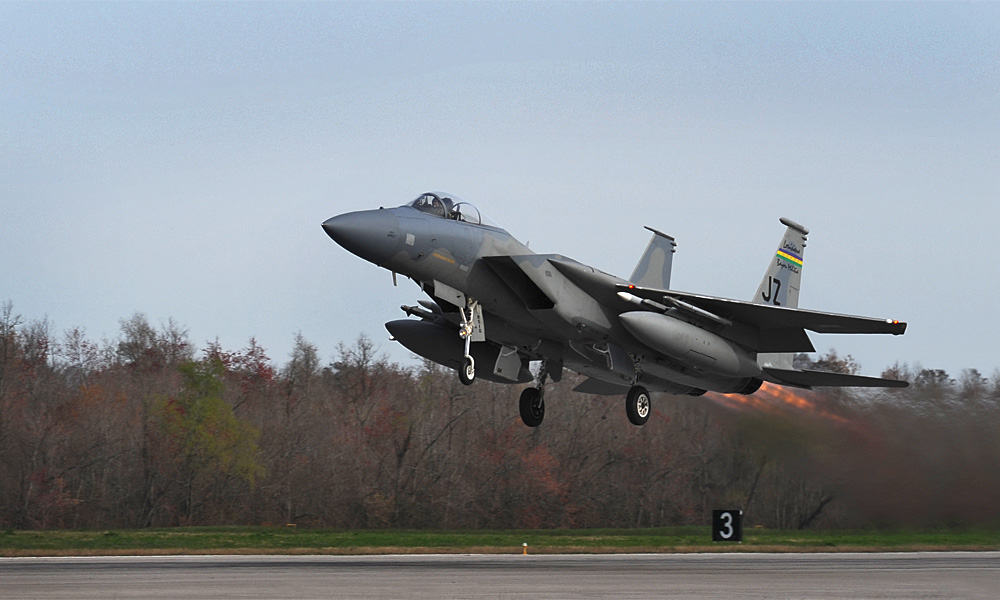 The recent devastation left behind by Hurricane Isaac was a mere blip on the radar to the airmen of the Bayou Militia. Less than three days after the slow-moving hurricane passed, the 159th FW pilots stood up their alert mission in support of Homeland Defense.

Amazingly, within the first hour of coming on status, the F-15 jets were scrambled to intercept a target of interest over the Gulf of Mexico from their alert facility at the Naval Air Station Joint Reserve Base in New Orleans.

ANG fighter units are typically located near critical infrastructure and dense population areas, providing a vital service at the fraction of the cost of an active-duty Air Force unit.

These Airmen know that in order to complete their air sovereignty mission, they are required to fill a critical void in providing air defense alert 24 hours a day, 365 days a year, even during a hurricane response.

“I’ve always been proud of this Wing and its continued history of mission success,” said Col. Roy V. Qualls, 159th Fighter Wing commander. “However, I have never been more proud of these fine Airmen than I am today as the Louisiana Air National Guard is fully engaged on three fronts,” he said referencing the fact that his Airmen are currently deployed overseas, supporting their homeland defense responsibilities and now activated for the state’s hurricane response.

More than 850 Airmen were activated when Hurricane Isaac made landfall in the mainland of Louisiana causing serious wind damage and leaving a wave of flooding in its path. Airmen have performed a myriad of missions including search and rescue, security and operation of points-of-distribution sites, and governmental support to St. Bernard and Plaquemines Parishes.

“Our Airmen are saving lives and protecting property, struggling in the heat and combating storm damage in order to help the citizens of Louisiana,” said Qualls. In many cases, he stated, these same Airmen had received major storm damage to their own homes but they continued to sustain and support citizens in need.

LA ANG F-15 fighters have been on alert at the NAS-JRB in New Orleans, since the 2001 terrorist attacks, as part of its homeland defense mission.