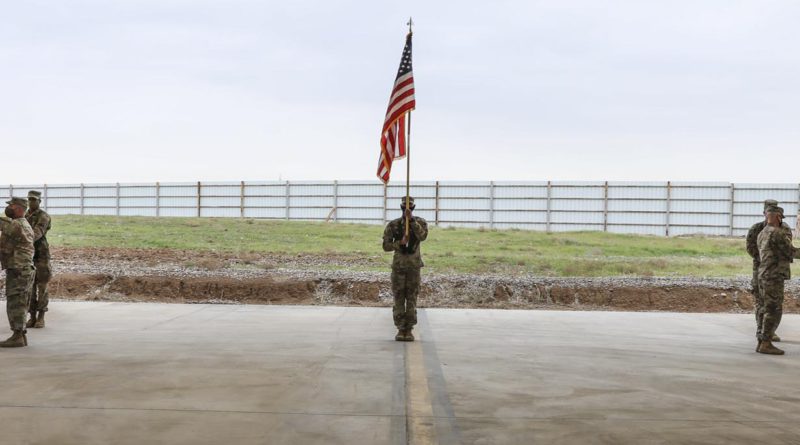 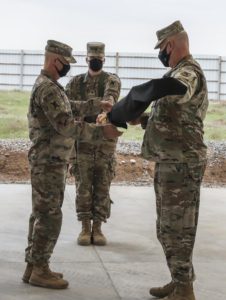 During the ceremony, Calvert addressed both outgoing and incoming brigade commanders.

During the ceremony, Col. Phillip Kiniery III, brigade commander of 2-82 and Sgt. Maj. Milton Terrell, the senior noncommissioned officer of 2-82, cased the unit’s colors signifying the completion of their responsibilities for CJTF-OIR. 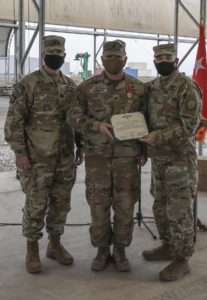 “The Falcons came to make a difference and to support our partners in keeping Daesh defeated, and that is what they did. I’m proud of the Paratroopers of this 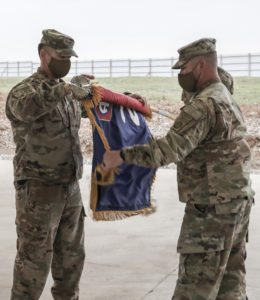 brigade,” said Kiniery. “Scott and Soldiers of the Tiger Brigade, we welcome you to Erbil Air Base and to what we emphatically call this righteous mission. There’s still work to be done and your team will play an integral part in the future of OIR.”

“The Louisiana Tiger Brigade is hungry, sir. We’re hungry to come over here and do our job. We’re here to do this mission, execute your intent and go home a better organization that we came over here as,” said Desormeaux. “We couldn’t have done this without the incredible professionalism of the 82nd Airborne. They have set us up for success every step of the way. Phil, you and your team will always be a part of the history in the Louisiana Tiger Brigade, and we appreciate you for that.”