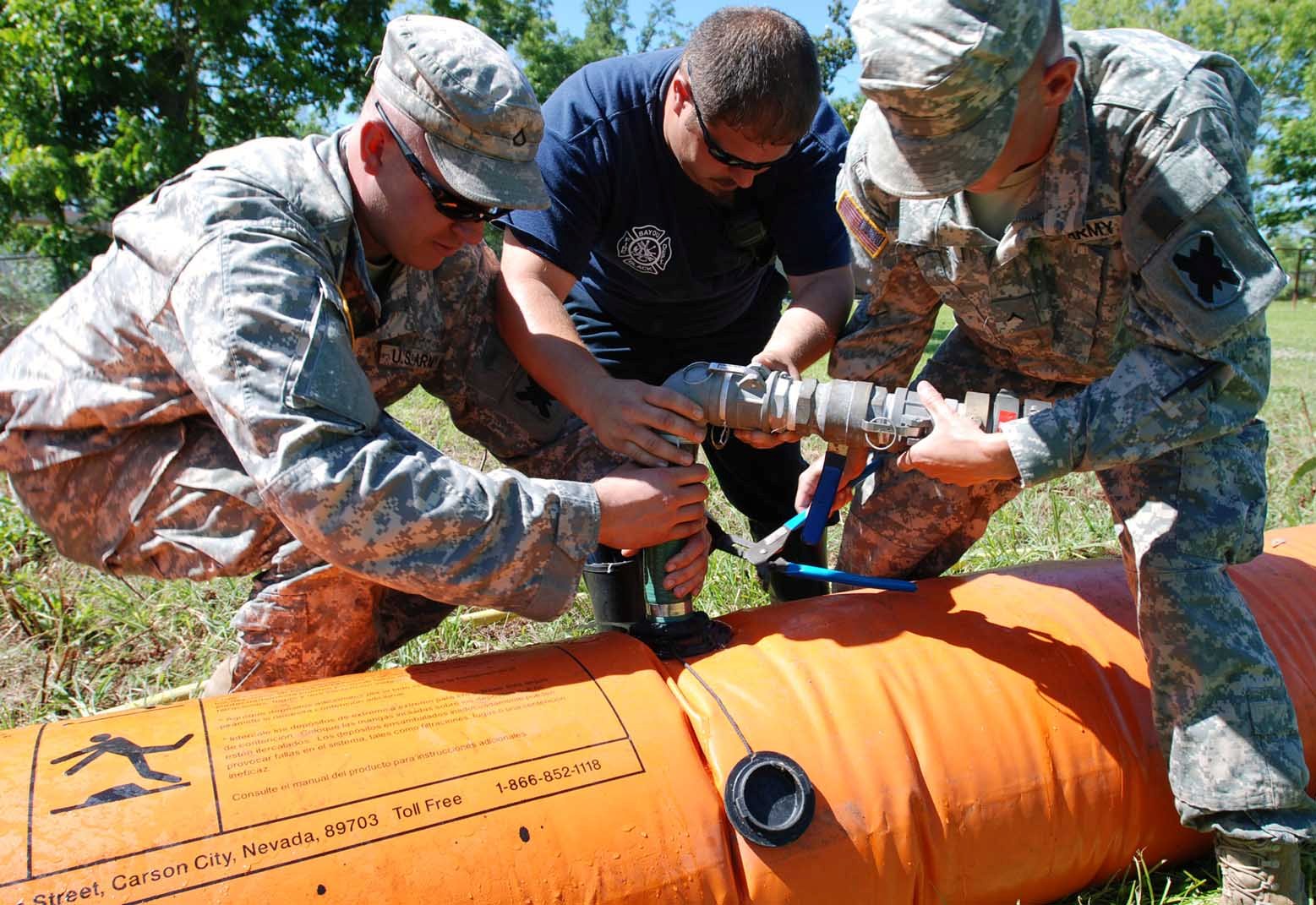 NEW ORLEANS  Soldiers from the Louisiana National Guards 2nd Battalion, 156th Infantry Regiment laid Tiger Dam flood-control tubing near an elementary school in Houma to help protect homes and schools from possible backwater flooding due to the opening of the Morganza Spillway, May 17.

Both the [Bayou Black] fire department and the parish have helped tremendously, said Staff Sgt. Louis E. Domangue, noncommissioned officer in charge of operations. Everybody knows what our cause is, and I think its great that we all can come together for a common goal.

With fire engines partially blocking the streets and Soldiers feverishly at work, residents could be seen standing on porches watching and taking photos.

Its very rewarding to know that I can give back to the community where I live, said Pvt. Joshua P. Hawkins of Gray, La. After all, isnt this what I signed up for?

110517-A-2398B-064
HOUMA, La. – Louisiana National Guardsman, Pfc. Aaron K. Jackson, with the 2nd Battalion, 156th Infantry Regiment, watches the release valve as he fills a Tiger Dam tube in Houma, La., May 17. The Tiger Dam has been put in place to protect the nearby homes from any possible flooding following the opening of the Morganza Spillway. (U.S. Army Photo by Spc. Tarell J. Bilbo, 241st Mobile Public Affairs Detachment / Released)