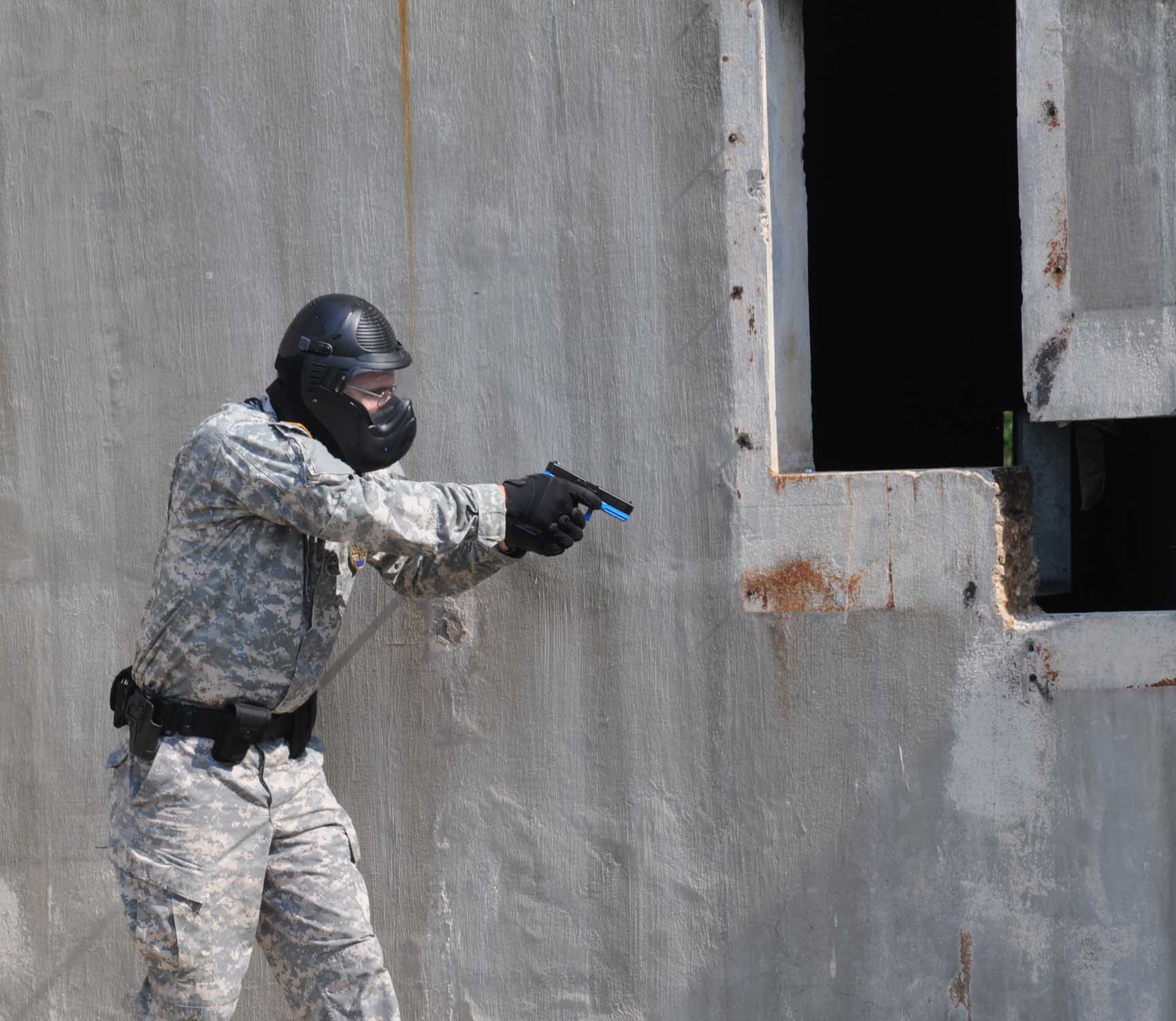 MINDEN, La. – Louisiana National Guard Soldiers at Camp Minden, in conjunction with the Webster Parish Sherriff’s Office, took part in an annual anti-terrorism drill, May 16, which was evaluated by the Caddo-Bossier Office of Homeland Security and Emergency Preparedness.

The goal of the exercise was to assess and improve emergency preparedness at Camp Minden. It put into action various emergency response skills and procedures the Force Protection Soldiers have been training on, to include urban tactics, cover and concealment, communications and disarming of suspects.

Retired Lt. Col. Gene Barattini with CBOHSEP has been evaluating Camp Minden’s Force Protection group for the past three years. “I am already seeing tremendous improvements,” he said. He also conducted the after action review in which the participating Soldiers and their leadership discussed the drill and identified ways to improve training even more.

Capt. Donald Bolton, the LANG’s state anti-terrorism officer, was also on site to observe the exercise and to offer tips and encouragement to the Soldiers. “I am very impressed with how the exercise went,” he told the group.

All of the Soldiers who participated in the drill are members of the 39th Military Police Company. The 39th’s recent deployments include Iraq in 2008 and Haiti in 2010.