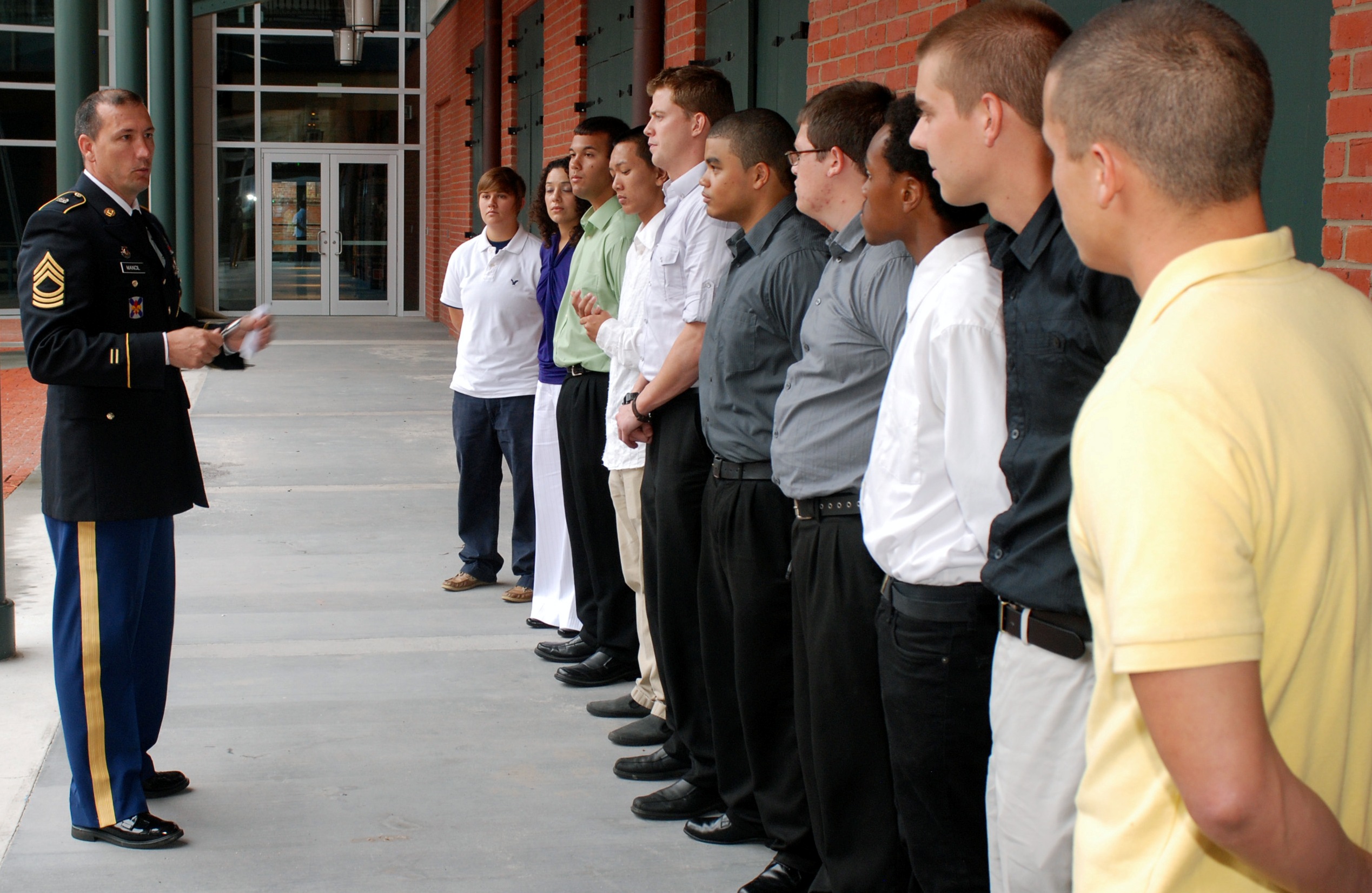 The ceremony, part of the Our Community Salutes program, was held to publicly recognize graduating high school seniors who “answered the call” by making a voluntary commitment to enlist in the U.S. military upon graduation.

“An event like this is important for them because it lets them know they’re not enduring this choice alone,” said Master Sgt. Thomas W. Mancil, non-commissioned officer with the LANG’s Recruiting and Retention Command. “They have a community behind them and supporting them.”

Before the recognition certificates were handed to the students and the Oath of Enlistment recited, the keynote speaker, World War II veteran and retired U.S. Marine Corps Chief Warrant Officer Bret Stolier, delivered a powerful message retelling his account of the attack onPearl Harbor.

The Our Community Salutes program is a combined effort of the military services and civilian communities to honor those soon-to-be high school graduates who have chosen a path of service to their nation.