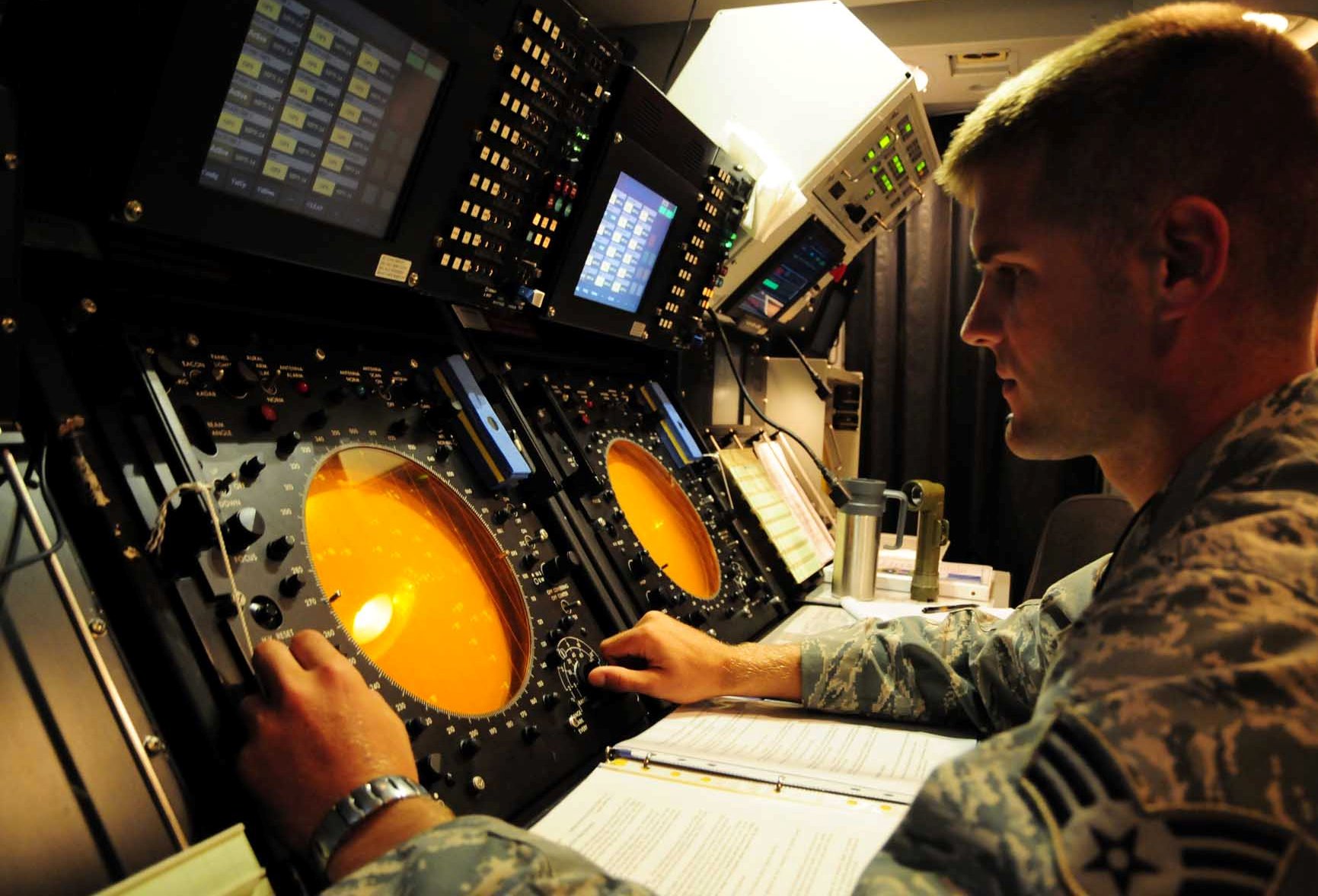 In 1997 the LANG’s 259th ATCS took over operations of the airport’s control tower, but Fort Polk retained overall control of the air space and radar capability.

With the addition of the GCA system, the 259th has now been given more responsibility over military air traffic to provide radar and airport surveillance services. The GCA allows radar controllers to transmit elevation to pilots and whether they are left or right of the intended course. This essentially allows the pilots to land without looking out the window.

With the radar now transmitting, the 259th can monitor air traffic 60 miles around the Alexandria International Airport. On average, thirty-five percent of the air traffic at AEX is from military operations – roughly 22,000
operations yearly.

“Hopefully this system will increase those numbers,” said Pat Thompson, air traffic manager at AEX. “This capability of the radar correlates with the needs of the flying community; we hope they will come here to fly those approaches.

“The feedback we got from the flying community is upbeat. They are looking forward to using our services.”

The precision and airport surveillance radar approaches give real-time training to the 259th’s controllers, something that until now, could only be obtained by traveling out-of-state for up to 18 months worth of schooling.

He explained that the process of becoming certified by the National Guard Bureau to train new air traffic controllers is a long one and will happen
later this fall.

“To get a plane to touch down is a very, very lengthy process. It’s not something that happens over night.”

When England Air Force Base closed in 1992, Fort Polk assumed control of radar for central Louisiana. Now with the radar up and running, Thompson said the Airmen are able to train on live-tracking and provide a service to military air traffic.

“Basically [radar] is half the squadron’s ATC ability. Now we are able to train half our controllers with live tracking. It creates a better Airman,” said Thompson. “[The radar capability] provides a location for military
pilots to accomplish their training without needing to go elsewhere.”

Jon Grafton, executive director of England Airpark, said it was a little over 14 years ago that the Louisiana Air National Guard and the England Authority partnered to bring the 259th to AEX.

“The precision approach radar becoming active at AEX is a major milestone in the redevelopment of England Airpark and Alexandria International Airport,” he said via email. “The relationship has been a resounding success. We have been honored to play a small part in the success of the 259th,” continued Grafton. ” … This operational capability at AEX continues to broaden the airport’s training and operational role with the military aviation community. The pilots and controllers of the 259th can now exercise and train on a vital piece of equipment that has real world impact.

“In addition, AEX continues to grow in its role as a strategic airport for response to CONUS or overseas emergencies.”

In addition to the controllers, a group of seven highly-skilled Airmen are needed to keep the radar operating at its peak. Preventative maintenance takes an average of 60 hours a week – but the radar is in experienced hands with Senior Master Sgt. Nathan Louque of Pineville.

Louque will retire from the Air Guard in September with 40 years of service, as he hits his 60th birthday.

“It was one of my goals to see this happen. Now I can go out a happy man,” said Louque.

Louque is the current radar maintenance supervisor and, according to the 259th chief of maintenance, has been instrumental in the fruition of the years-long process of getting the radar installed and transmitting.

“When you are in the middle of something very big, some people show themselves to be indispensable,” said Senior Master Sgt. Randal Marino of Pineville. “Senior Master Sgt. Louque was one of them … he’s the special guy on the team.”

Marino said it takes both halves to make a whole team-operators andmaintenance.

“You can have the best team in the world, but if we don’t have a good rapport with the other half, you can’t get anything done.”

In the early morning hours of Aug. 10, as the radar was turned on for business for the first time, the entire squadron breathed a collective sigh of relief.

“We kept fighting towards the end. We had so many obstacles that popped up that were out of our control,” said Thompson. “Nine months ago things started falling into place. It raised the entire feeling of the squadron.”