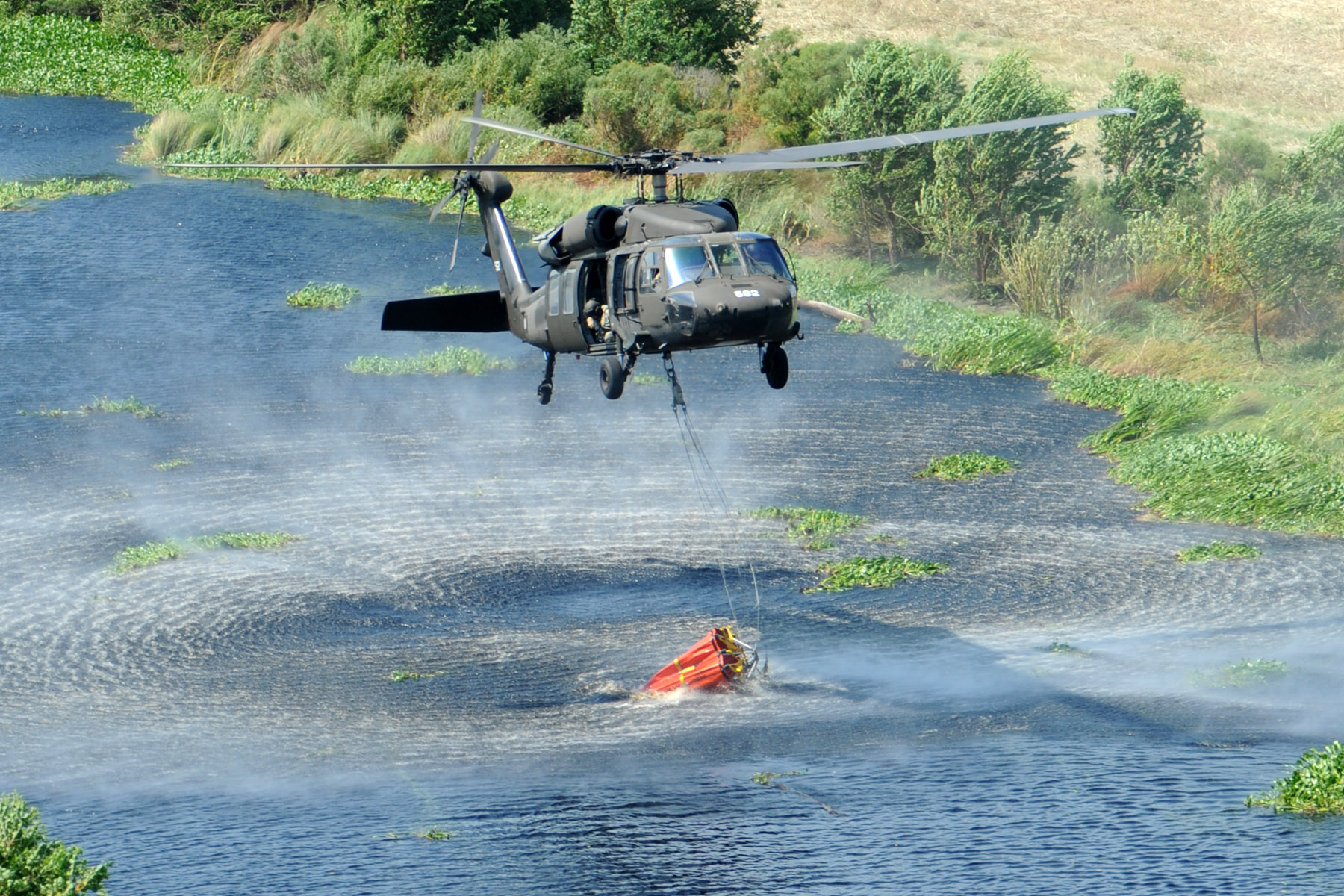 BATON ROUGE – Governor Bobby Jindal announced today that the Louisiana National Guard’s UH-60 Black Hawks have surpassed the mark of one million gallons of water dropped in the aerial firefight against the marsh fires in the Bayou Sauvage area.

Governor Jindal said, “Our guardsmen have worked tirelessly to fight the fire and smoke so the folks of New Orleans and Southeast Louisiana can have some relief. The tropical system moving towards the coast will dampen the fire, but the National Guard and other agencies will remain on the ground to assist the city.”

Col. Patrick Bossetta, commander of the LANG’s State Aviation Command, said the National Guard crews are making tremendous progress. “As of this morning, we have dropped more than a million gallons of water on the marsh fires, which appears to have stopped the progression of the fire,” said Bossetta. “This type of flying takes a tremendous skill set, and it is the experience of our pilots and crews that have allowed us to work in the tight impact area with numerous aircraft during less than ideal conditions.”

“Our Guardsmen are showing their experience and tremendous skill set which has significantly helped suppress the marsh fire,” said Maj. Gen. Bennett C. Landreneau, adjutant general of the LANG.

At the direction of the Governor, the LANG continued assisting the city of New Orleans with aerial firefighting. The LANG is working in cooperation with the Governor’s Office of Homeland Security and Emergency Preparedness (GOHSEP), who is coordinating efforts with other state agencies to ensure the safety of citizens.