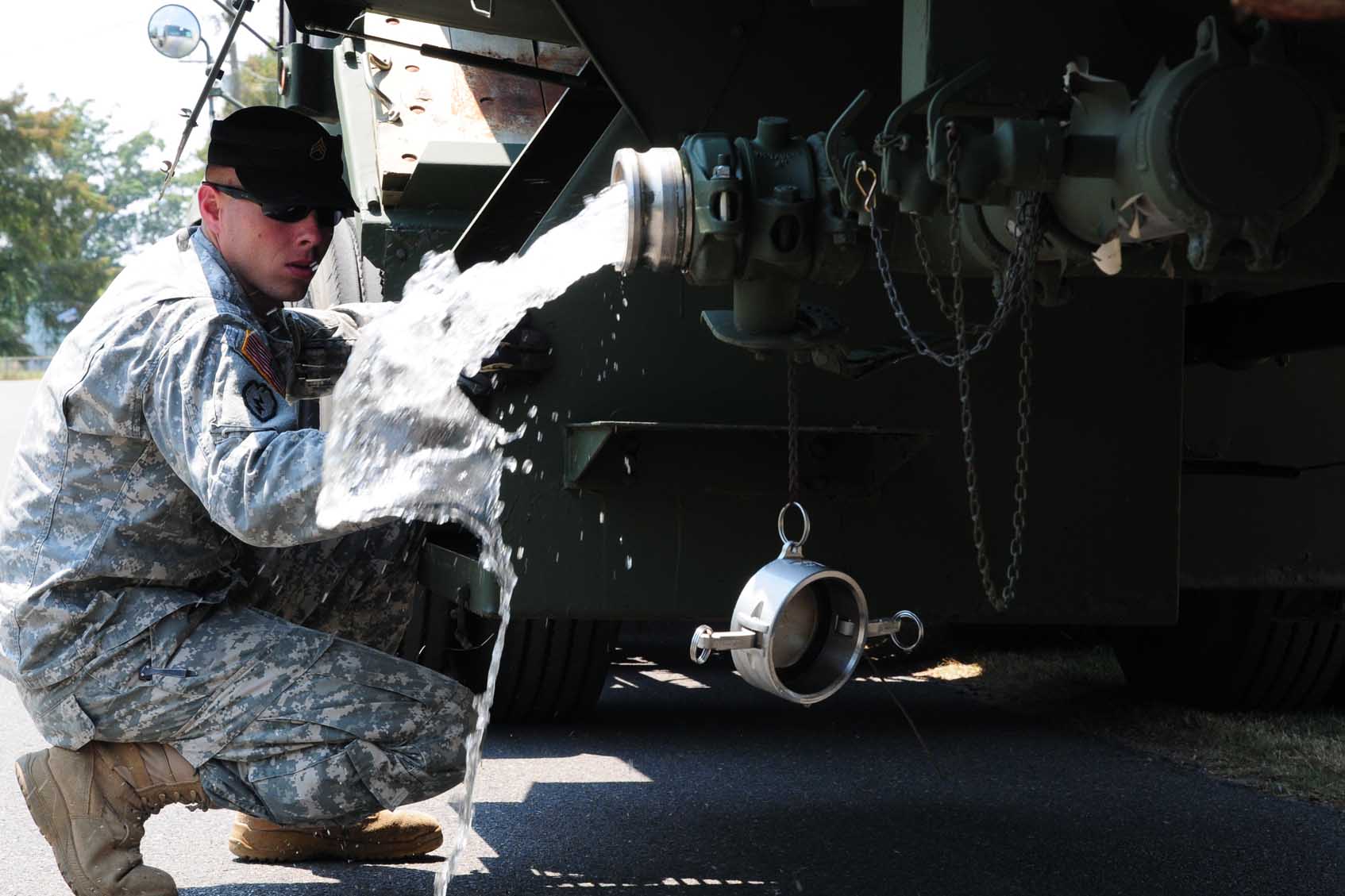 The LANG resources, which now total 28 M149 Water Trailers and two 5,000 gallon XM1098 Semi-Trailer Water Dispensing Tanks, have also brought with them a calming presence during a stressful water crisis.

“When you run out of water, you run out of patience,” said Morris White, Concordia Parish Emergency Operations Center director. “I’m just glad to see you.”

The Governor’s Office of Homeland Security said in a release that “water is currently being pumped into the Ferriday Water Tank; however, it is believed that the problem is in the water lines going out to the residents. A combination of decreased supply and increased demand related to heat and drought precipitated this problem.”

White has seen numerous water shortages during the more than 30 years he has been on the job, and he said the partnership between the Governor’s Office of Homeland Security and the Louisiana National Guard allows for a quick response during those times of need.

“I’ve been here 30 years with emergency planning. It comes down to the Office of Homeland Security and the military, and they always work well together,” said White. “The state of Louisiana is very fortunate … one washes the other’s hands.”

If you were to give the response a rating, White said this mission would easily receive top marks.

“A or A plus. You just don’t get people this quick,” he said.

Within 24-hours of notification, the Guard was on location in Ferriday, setting up the water trailers across town at locations determined by White. He said population and needs of the people guided the distribution points.

Col. Jonathan T. Ball, officer in charge of the mission, said he enjoys helping his state.

“Anytime we can support out local community … that is what the Louisiana National Guard is all about—neighbors helping neighbors,” said Ball who served as the 256th Infantry Brigade
Combat Team commander during the recent deployment to Iraq. “Being able to help our neighbors gives me a great sense of personal and professional pride.”

“Every single tank was tested,” said Ball, once each of the 400 gallon capacity trailers was refilled. “It all meets the standards.”

White says the process is up and running smoothly, with the trailers being checked and refilled every 24-36 hours from Vidalia’s water plant. He said over the next few days, if the public is not using the water at a certain location, he will make a determination to move the trailers to another location that receives more use.

White said he expects to need the water trailers between 40 and 60 days, or until the problem is identified and resolved.
-30-