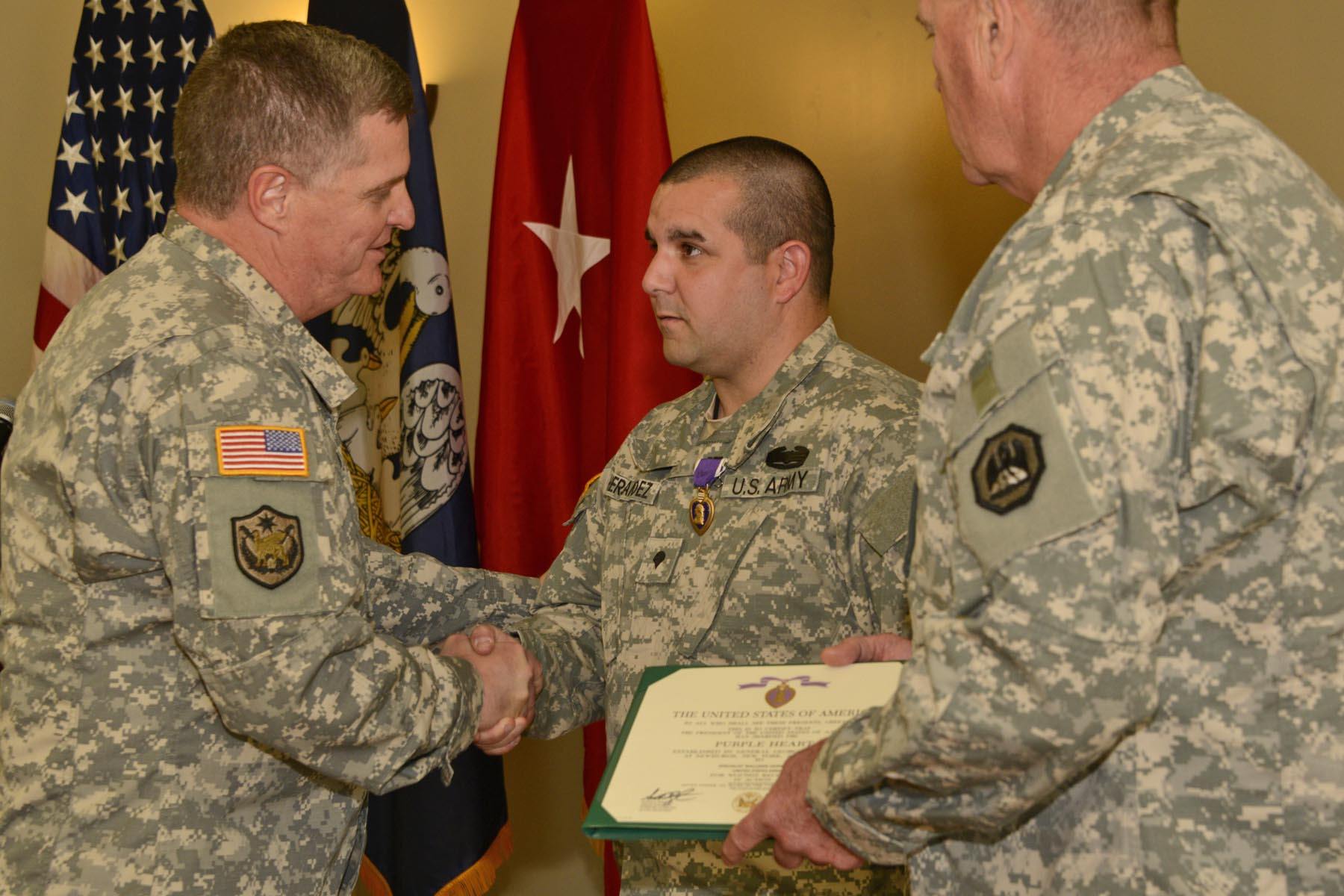 Maj. Gen. Glenn H. Curtis, the adjutant general of the LANG, told the gathered friends and family that the Purple Heart is the most significant to him (of all the military decorations) because it means you put blood on the line or lost your life in service to this nation.

“… And they did it for the sake of freedom,” said Curtis.

“They voluntarily agreed to serve our nation … and to move forward whenever their nation asked them to deploy into Afghanistan. They were willing to put their lives on the line to do that. So today I am honored to be here with you – truly,” said Curtis. “I am humbled to be a Soldier and to be in the presence of what I call heroes.”

Clark’s aunt, Valarie Clark, Chief of Police for Waterproof, La., said today was a proud moment for the entire Clark family that came together to support their Soldier.

“I was so emotional, and I couldn’t help but cry. I was so proud of him,” said Clark when hearing her nephew would receive the decoration.

The Purple Heart is an American decoration, the oldest military decoration in the world in present use and the first American award made available to the common Soldier. It was initially created as the Badge of Military Merit by General George Washington.

The United States War Department revived the Purple Heart decoration on Feb. 22, 1932.  Elizabeth Will, an Army heraldic specialist in the Office of the Quartermaster General, was named to redesign the newly revived medal, which became known as the Purple Heart.

The Purple Heart is awarded to members of the Armed Forces of the United States who are wounded by an instrument of war in the hands of the enemy and posthumously to the next of kin in the name of those who are killed in action or die of wounds received in action. It is specifically a combat decoration.