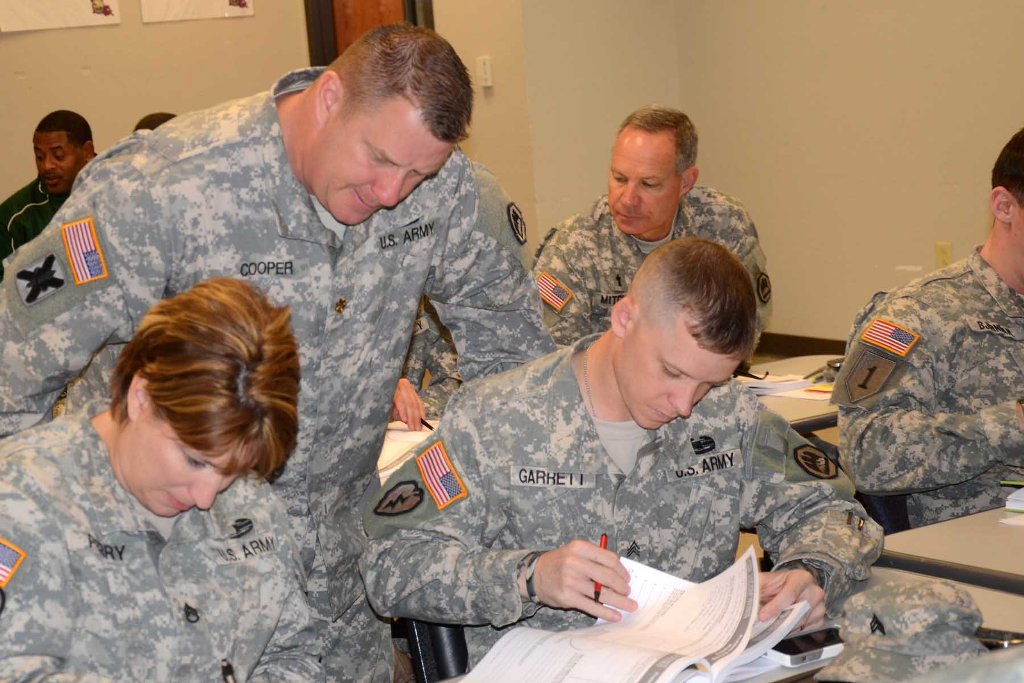 Their charge, according to Capt. Crystal Huff, the LANG’s Resilience, Risk Reduction, and Suicide Prevention Program Manager, is based upon a directive issued in March 2013 by Secretary of the Army John M. McHugh that stipulates all Army personnel – active component, Guard & Reserve – participate in unit-level, formal resilience training throughout the year.

The Army’s resilience training program, also known as the Comprehensive Soldier and Family Fitness program, is built around twelve essential skills, Huff said. This skill bank includes diverse topics such as avoiding thinking traps, identifying strengths in self and others, responding constructively to others and praising others effectively.

One of the course instructors, Maj. Tom Cooper, operations officer for the LANG Surgeon’s Office in Pineville, said the coursework is especially important because it teaches skills that are important for the Soldiers who have returned to their families after experiencing significant stress during overseas deployments.

“Guardsmen coming from combat tours have been subjected to all kinds of things that cause significant changes in their lives,” said Cooper who lives in Alexandria. “Having resilience is as important at home as it is in one’s Army life, especially in today’s deployment environment.”

Huff, a trained social worker who hails from Calhoun, La., said her primary goal as the program manager is to make sure that all the instructors know and understand the resilience skills and how to apply them to their own lives.

“They have to have the confidence to be able to turn their knowledge and experience around so that they can deliver the right training to their units,” Huff said.

All the Guard graduates of the this particular training session are now qualified to assist the Master Resilience Trainers in their command structures with providing resilience training to their fellow Guardsmen in their home units.

The one civilian trainee, Tori Williams, is a teacher and football coach at John McDonough High School in New Orleans. Williams learned about the training at a Guard family event he attended along with his wife, Moira Williams, an Air Guard master sergeant serving in the 159th Fighter Wing Medical Group.

Williams was granted an exception to policy to attend the training because he believed in its potential to help him be a better mentor to his inner-city students and ball players, many of whom do not have adequate problem-solving skills.

“I want to teach young people resiliency, especially the ones who don’t cope and are given to extremes,” said Williams. “Many don’t know how to channel their emotions … how to follow a road map to success.”

His concern for young people is rooted in a frustration that he sometimes feels he has failed to help students because he lacked some of the resilience skills taught in this course.

“I’ve realized how many kids I’ve lost – sometimes even in the middle of a ball game – because of my own reactions to their emotions and behavior,” Williams said.

Another participant, Sgt. Bobby Garrett, a LANG recruiting and retention noncommissioned officer, also brought this Army-wide training to home with a meaningful observation.

“This could sure help diffuse disagreements in my family,” said Garrett, who hails from Downsville, La. “It has opened my eyes … different avenues of approach … to handling situations and solving problems.”