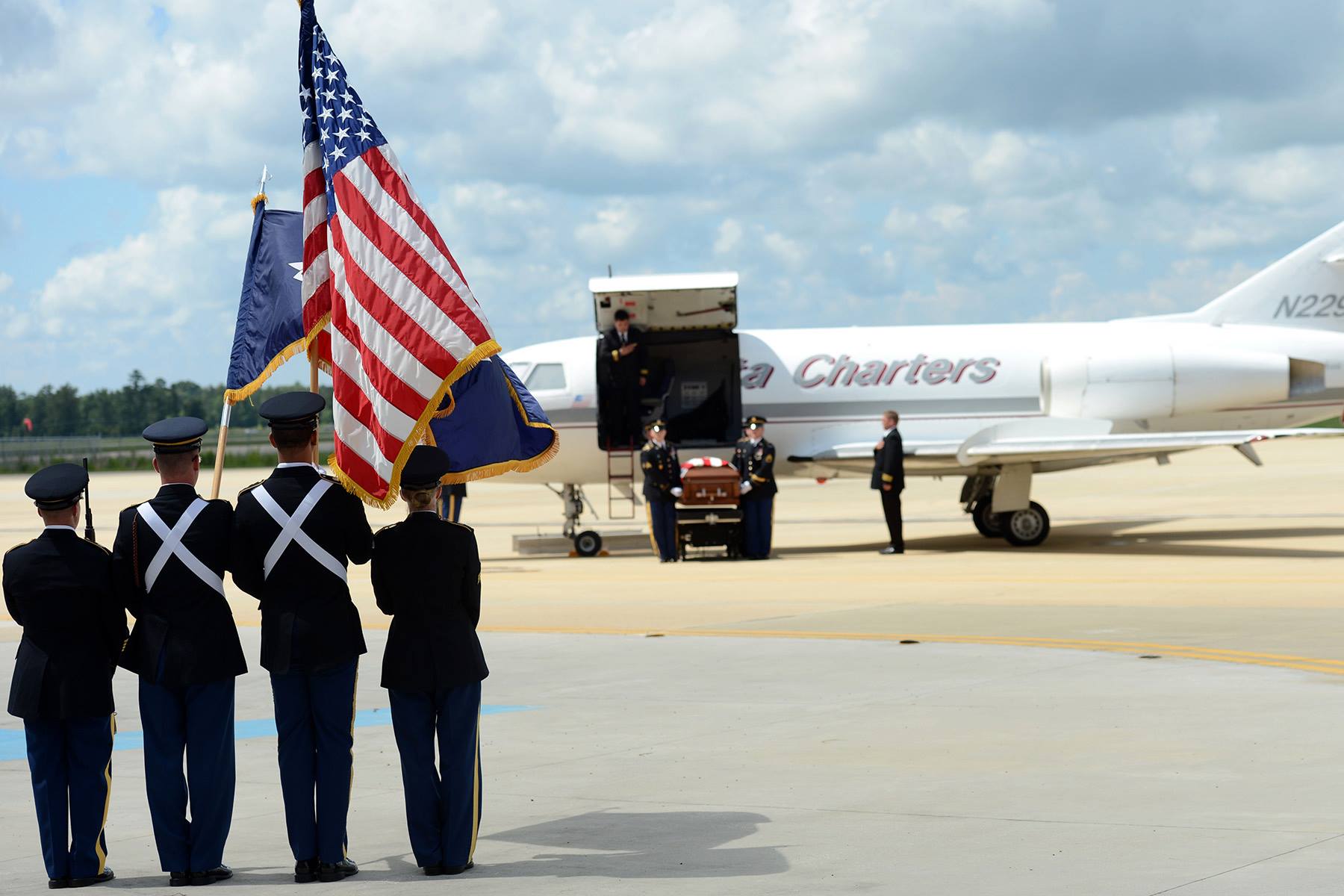 Christopher died on a weekend when we made time to honor our fallen and their sacrifice … it is now his sacrifice for his family, friends, community, state and nation that we will honor and will never forget. Our thoughts and condolences go out to the family and friends of Christopher.

Spc. Drake joined the LANG in September 2011 as a truck driver and completed basic training at Fort Leonard Wood, Mo. While deployed he served as a gunner on a Mine Resistant Ambush Protected (MRAP) vehicle. He was assigned to the 1084th Transportation Company, 165th Combat Support Sustainment Battalion, 139th Regional Support Group, Reserve, Louisiana.

At a time like this, words offered by President Ronald Reagan on Memorial Day of 1982 at Arlington National Cemetery ring particularly true: “I have no illusions about what little I can add now to the silent testimony of those who gave their lives willingly for their country. Words are even more feeble on this Memorial Day, for the sight before us is that of a strong and good nation that stands in silence and remembers those who were loved and who, in return, loved their countrymen enough to die for them. Yet, we must try to honor them not for their sakes alone, but for our own. And if words cannot repay the debt we owe these men, surely with our actions we must strive to keep faith with them and with the vision that led them to battle and to final sacrifice.”

He continued, “Our first obligation to them and ourselves is plain enough: The United States and the freedom for which it stands, the freedom for which they died, must endure and prosper. Their lives remind us that freedom is not bought cheaply. It has a cost; it imposes a burden. And just as they whom we commemorate were willing to sacrifice, so too must we — in a less final, less heroic way — be willing to give of ourselves. It is this, beyond the controversy and the congressional debate, beyond the blizzard of budget numbers and the complexity of modern weapons systems, that motivates us in our search for security and peace. … The willingness of some to give their lives so that others might live never fails to evoke in us a sense of wonder and mystery. One gets that feeling here on this hallowed ground, and I have known that same poignant feeling as I looked out across the rows of white crosses and Stars of David in Europe, in the Philippines, and the military cemeteries here in our own land. Each one marks the resting place of an American hero and, in my lifetime, the heroes of World War I, the Doughboys, the GI’s of World War II or Korea or Vietnam. They span several generations of young Americans, all different and yet all alike, like the markers above their resting places, all alike in a truly meaningful way.”

President Reagan concluded, “As we honor their memory today, let us pledge that their lives, their sacrifices, their valor shall be justified and remembered for as long as God gives life to this nation. … I can’t claim to know the words of all the national anthems in the world, but I don’t know of any other that ends with a question and a challenge as ours does: ‘O! say does that star-spangled banner yet wave, O’er the land of the free and the home of the brave?’ That is what we must all ask.”