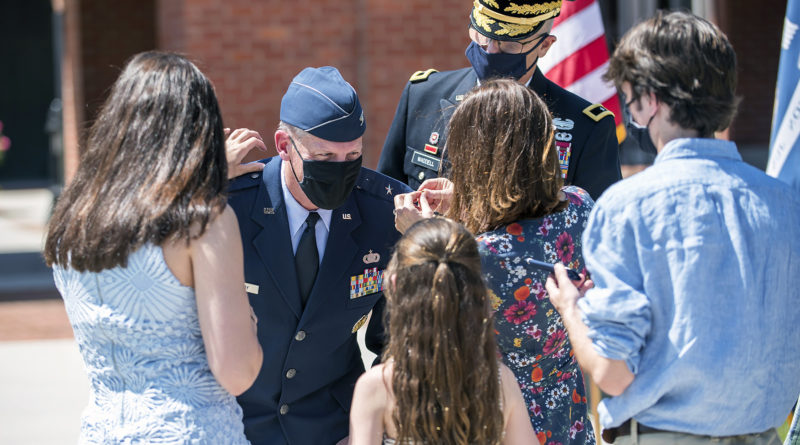 NEW ORLEANS – Col. Sean F. Conroy of the Louisiana Air National Guard (LAANG) was promoted to the rank of brigadier general during an official ceremony at Jackson Barracks in New Orleans, April 11.

Brig. Gen. Conroy is now the chief of staff at the LAANG headquartered at Jackson Barracks. As the chief of staff, he develops plans and policies, and serves as the principal liaison to state and federal agencies. 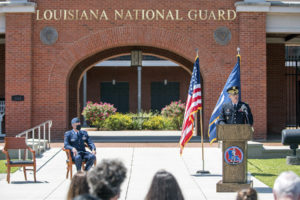 Brig. Gen. Keith Waddell, adjutant general of the Louisiana National Guard, stated he had the distinct pleasure of promoting Conroy to the rank of brigadier general, also said, “Col. Conroy has served his nation for more than 23 years and through mobilizations supporting Operations Noble Eagle, Enduring Freedom and Iraqi Freedom.”

Conroy’s career began as a judge advocate general in the New York ANG before transitioning to the LAANG. He later served as security forces commander in both the LAANG and District of Columbia ANG. Prior to his new position, Conroy served as the commander of the 159th Mission Support Group.

Conroy has served in multiple positions allowing him to make impactful changes throughout his distinguished career. As executive 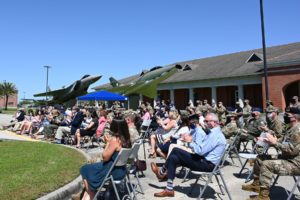 officer and report writer for the National Commission on the Structure of the Air Force, Conroy produced a congressionally mandated report showing the efficiencies of a robust reserve component structure as part of the Air Force. As a USAF civilian employee, Conroy served as the chief of the ANG Director’s Action Group, and served as associate director of NGB/A3, a 200-plus person group that directed a $9 billion training and readiness budget.

Following Hurricane Katrina, Conroy served as the Jefferson Parish liaison officer, where he coordinated National Guard resources to assist the citizens of Jefferson Parish. He later served as staff judge advocate for Operation Crescent Guard during the recovery phase. In 2012, following Hurricane Isaac’s landfall, Conroy led the point of distribution (POD) missions in Southeast Louisiana. Last summer he served as the senior government advisor in Calcasieu Parish after Hurricane Laura made landfall. 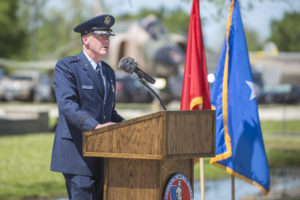 At the promotion ceremony, Conroy gave a speech he called “12 Words.” Taking from a speech by Gen. Douglas MacArthur and the Air Force Corps Values that highlight, “Duty, Honor, Country and Integrity, Service and Excellence,” Conroy added the words, “empathy, equality, justice, mentorship, coaching and sponsorship.” He stated that every teacher, coach, counselor, shop chief, superintendent, commander and general officer has the duty to continue the challenge of mentorship in order to help the nation. Conroy implored all airmen to embrace the last six words and hold them in as high regard as the first six.

Conroy holds a Bachelor’s of Psychology from the University of Maine, a Master’s of 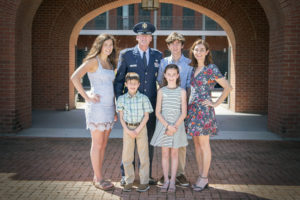 Public Policy from Stonybrook University, a Juris Doctor from St. John’s University School of Law and a PhD in International Relations from the University of New Orleans. He is a member of the New York and Louisiana Bar Associations.

In addition to Conroy’s leadership role in the LAANG, he works for Microsoft Federal serving as the chief of staff for the National Security Group in Washington, D.C.