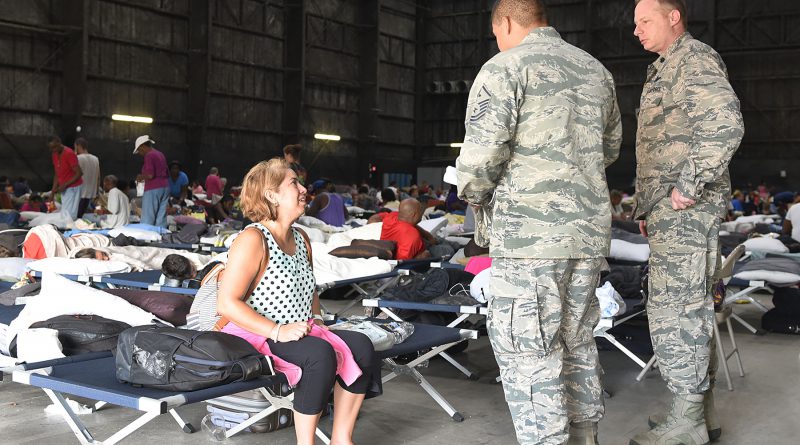 “The people here are heartbroken over their loss of property,” said Lt. Col. Kelly Sullivan, 122nd Air Support Operations Squadron Commander. “We have instructed our Airmen to provide security first, but also provide aid and comfort.”

Airmen from all over the state, including the 122nd Air Operations Squadron in Pineville, the 259th Air Traffic Control Squadron in Alexandria and the 159th Fighter Wing in Belle Chasse, are currently working at the Baton Rouge shelter in various roles apart from their military specialty. to treat those requiring medical assistance.

“This is why our ancillary training is so important,” said Banchs. “I joined the Guard to help people. In state emergencies like this, we do whatever is needed to save lives and protect property.”

Working directly with the American Red Cross, shelter manager Mr. Ryan LeMaire talks about the significance of having a twenty-four-hour National Guard presence at the shelter.

“Not only has the National Guard provided security, but also provided a wealth of advice and information on how to handle certain situations that the Guard has seen in recent disasters. We have greatly benefited from their expertise in the logistics of moving things all around the world and we really appreciate everything the National Guard has done,” said Ryan.