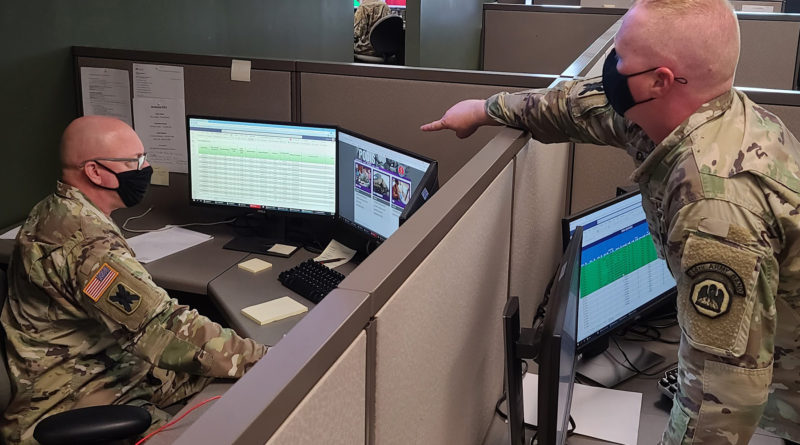 NEW ORLEANS — Behind every disaster response operation to help community members affected by Hurricane Ida stands the Unified Logistics Element (ULE), a Louisiana National Guard element that ensures vital commodities make their way to the communities who need them. 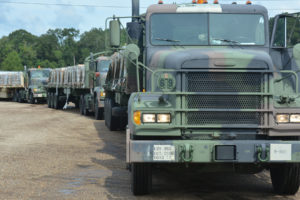 “The system that we have here in Louisiana is unique to us,” said Retired Air Force Col. Joseph “Pat” Griffin, director of the ULE. “After Hurricane Katrina, we saw a need to be able to quickly push out commodities to citizens affected by natural disasters, and the result of that is the ULE.”

To date, the LANG has distributed more than 6.2 million MREs, 7.8 million liters of water, 1.3 million pounds of ice and 307,600 tarps at more than 80 Point of Distribution (POD) sites across the state. There are still 12 PODs running in four parishes. In addition, the ULE made direct supply pushes to local and state agencies as well as evacuation shelters when response efforts started.

“We have to resupply all of these sites with fuel, water, ice, food and tarps overnight,” said Griffin. “I would have never guessed that we would have ever had to maintain the pace that we did. This is by far the largest response we have done in the shortest amount of time.”

To run these sites smoothly, the ULE developed the Point of Distribution Inventory System (PODIS) in 2012 to keep track of all the commodities distributed amongst the local communities. This helps ensure that the ULE can always make an accurate estimation of what each site needs to continue to assist communities struggling with post-storm hardship.

“We’ve continued to improve our processes to the point now that we never get into a situation where people go without,” said Army Capt. Matthew McKey. “There are citizens in need throughout the state, and if we don’t do a good job of tracking commodities, then we might not have them in place, and citizens may go without.”

Although PODIS updates total inventory numbers regularly, McKey said that at the beginning of the response effort, spotty cell phone service made updating commodities challenging. To fix that, he said they had personnel working the various POD sites travel to an area where they had service to periodically call in updates.

Griffin said that improvements were made after Hurricane Laura last year. They noticed that Louisianans living in rural communities had a difficult time accessing some of the established POD sites. 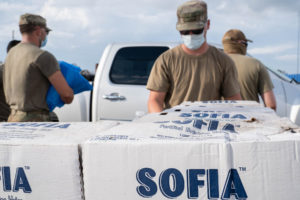 “After a storm passes, there is usually a fuel shortage, so a lot of people don’t have enough gas to make it to PODs that we set up in metropolitan areas. To address that, we came up with the micro-POD concept,” said Griffin. “To make commodities more accessible, we started setting up smaller POD sites throughout rural communities so they would be accessible without having to travel such a long distance.”

Running such a high-stakes operation with so many moving parts puts an enormous amount of pressure on the guardsmen planning and executing resupply missions. Griffin said that he was tremendously proud of the soldiers and airmen that he works with for keeping everything running smoothly.

“This is an operation where we have no room for error. People who live in our communities depend on us to be there for them after a natural disaster,” said Griffin. “We have some strong non-commissioned officers and young officers who were really effective. Even though we were always busy, they kept the stress levels on the ground low and made us more effective.”