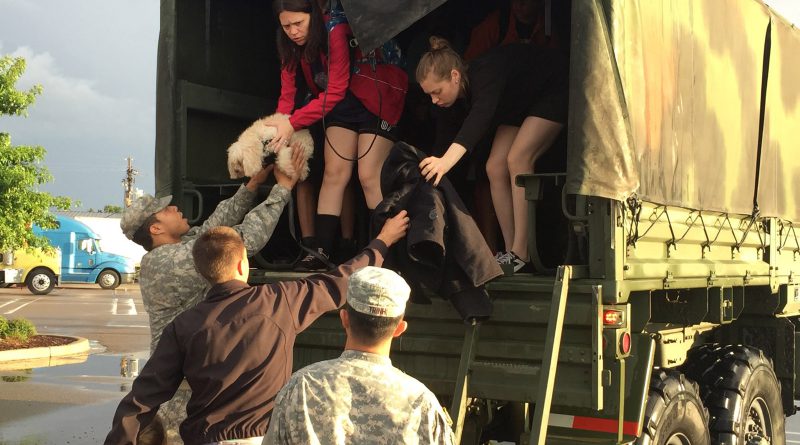 NEW ORLEANS – The Louisiana National Guard has rescued nearly 3,400 people and 400 pets during search and rescue operations due to heavy flash flooding in 12 parishes since operations began, Aug. 12. “That’s what we are focused on, saving lives. We currently have 1,700 people mobilized. Those numbers will build up towards 2,000 and possibly as high as 2,500 as requests come in,” said Maj. Gen. Glenn Curtis, adjutant general of the LANG. “We can also bring on military police and give police officers a chance to rest and check on their homes.”

The LANG has 131 high-water vehicles currently deployed for search and rescue, 30 boats, eight bridge erection boats and five helicopters to combat the flood waters and protect communities in support of local officials. Liaison officers have been stood up in 10 parishes.

Additional resources are available if needed.