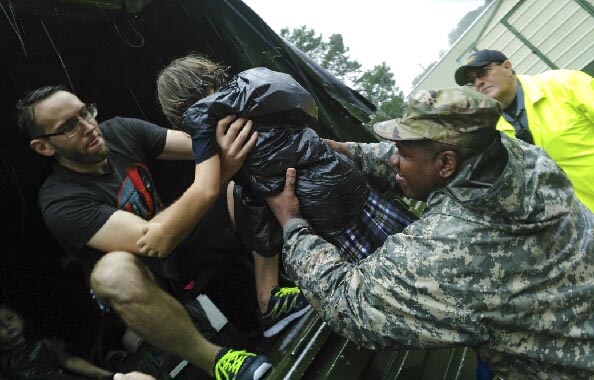 NEW ORLEANS – The Louisiana National Guard has rescued nearly 500 people and 61 pets during search and rescue operations due to heavy flash flooding in seven different parishes, including 15 rescues by air, during the last 24 hours.

More than 1,000 personnel are mobilized and nearly 170 high-water vehicles tasked or staged to assist local, parish and state emergency officials with heavy flash The LANG has 66 high-water vehicles currently deployed for search and rescue, 20 boats, including eight bridge erection boats and five helicopters to combat the flood waters and protect communities in support of local officials. Liaison officers have been stood up in East Baton Rouge, Lafayette, St. Helena, St. Tammany and Tangipahoa parishes. Additional resources are available if needed.