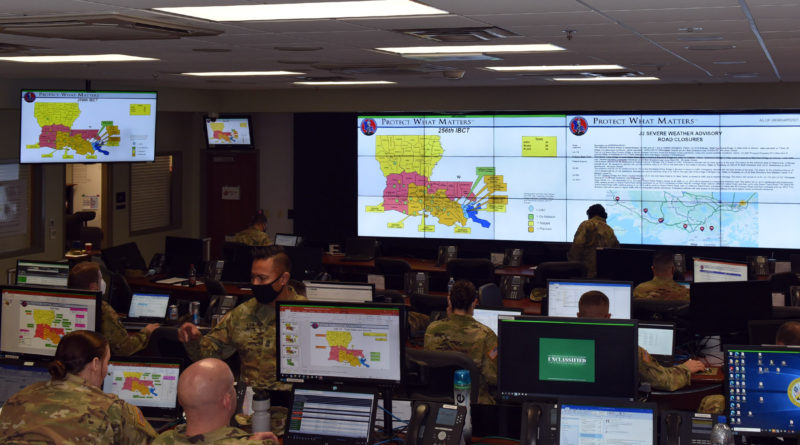 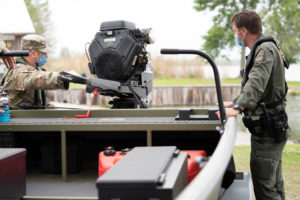 The DRX included training on responding to natural disasters across the state, as well as a Boater Education Course (BEC) in partnership with the Louisiana Department of Wildlife and Fisheries, which was held at Spanish Lake in New Iberia, Louisiana, on April 7.

The hands-on BEC increases the number of trained and qualified personnel on the surface drive boats used during emergency search and rescue operations, such as floods and hurricanes.

Trainers from the LDWF stressed the importance of continuous training in search and rescue.

“We are constantly improving, and constantly trying to learn from our mistakes,” said Cpl. Brandon Fontenot with LDWF. “Every search and rescue mission is going to be different.”

The training consisted of familiarization of the vessels as well as how to safely use them in the different environments guardsmen may encounter.

“Training exercises like these allow guardsmen to operate the vessels safely, quickly and get to where we need to be as soon as possible,” said 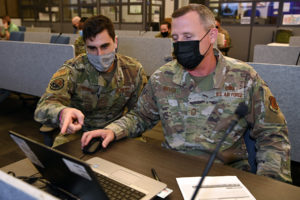 Other training across the state included a Command Post Exercise (CPX), which is a simulated event used to test and stress decision-making and measure battle readiness in the event of a natural disaster.

“During this simulation, guardsmen are tested on their ability to respond to a category four hurricane,” according to 1st Sgt. April Davis, the J2 Intelligence Office senior enlisted advisor.

This allows guardsmen to train in the logistics of responding to a natural disaster to include sending appropriate resources and commodities to the most affected communities, as well as giving commanders an idea of where improvements are needed.

“It is designed to provide units, sustainment organizations, commanders, staffs and individual guardsmen with a venue to increase their proficiency and prepare them for real-world all hazards events,” said Davis.

These types of exercises allow the LANG to work with the same local and state partners that would be used during real-world storms and disasters. This interoperability is a major key to success during disaster response of any magnitude.