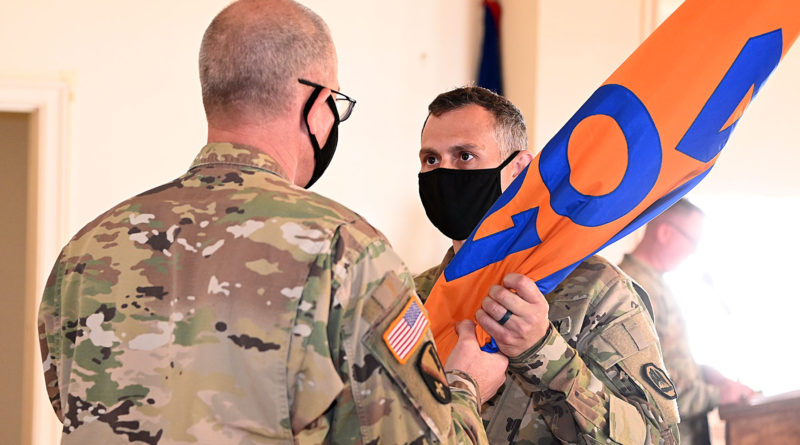 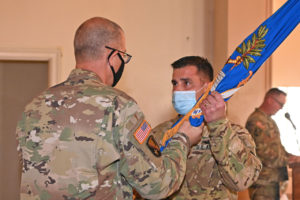 “I am very humbled to be standing here today. It is an awesome honor to be following in the path of the many accomplished leaders who have served as commanders of this great battalion,” said Guilbeau. “I will always focus on our mission, protecting our Soldiers and supporting their families.” 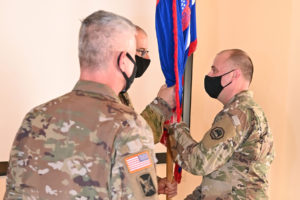 “To the Soldiers of the 204th, I am extremely humbled,” said Cleighton. “I am honored to command such a great organization. Col. Bonnette left a great unit; I will do everything I can to make it a better unit as charged by Brig. Gen. Waddell.”

“There’s no greater privilege and honor in an officer’s career than command,” said Bonnette. “Brig. Gen. Waddell, not only have you given me a second opportunity to do that, you’re entrusting me with such an important organizational mission.” 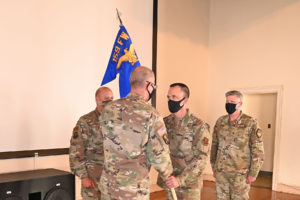 “I’m truly honored and humbled to be selected as the next Mission Support Group commander,” said Perron.