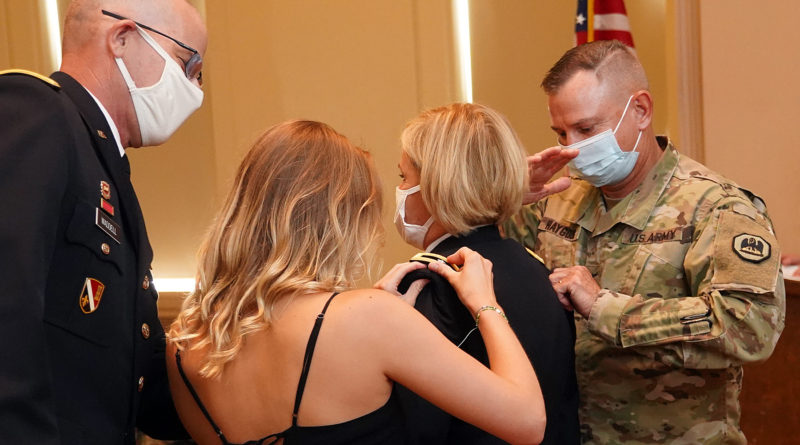 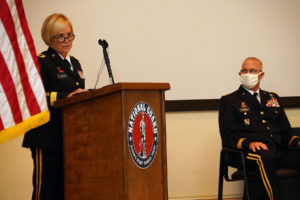 Haygood currently serves as the Louisiana National Guard’s assistant adjutant general. Her responsibilities include assisting the adjutant general in the deployment and coordination of programs, policies and plans for the entire LANG, consisting of approximately 10,500 soldiers and airmen.

“Being committed, working hard, dedicated, selfless service … that is Cindy Haygood,” said Brig. Gen. Keith Waddell, adjutant general of the LANG. “She has impacted soldiers to do great things. Her legacy will extend far beyond her time in this organization because she has influenced so many officers, NCOs and enlisted soldiers. She is definitely one of the best leaders I have ever served alongside and done a remarkable job in every position that she has ever held.”

Haygood received her commission from the LAARNG, Officer Candidate School in 1994 as the distinguished honor graduate. Working her way through the company ranks, Haygood 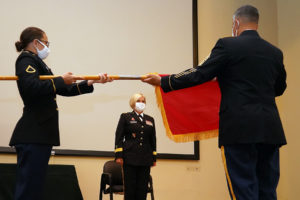 deployed with the 769th Engineer Battalion in 2007 to Iraq in support of Operation Iraqi Freedom as the battalion executive officer and assumed command of the battalion the following year.

“I am honored to be standing in front of so many great teammates today that have helped me to achieve this recognition. Today is not a singular accomplishment,” said Haygood. “However, none of this would be possible without the support of my family.” 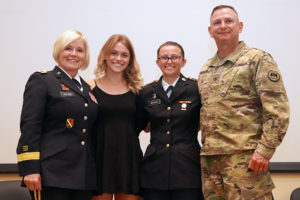 “Sir [Waddell], my commitment to you is to continue to do the best I can for you and this organization, and continue to move the ball forward,” said Haygood.

Haygood and her husband, Col. Bill Haygood, reside in Gonzales, La., and have two children, Madeline and Lauren.