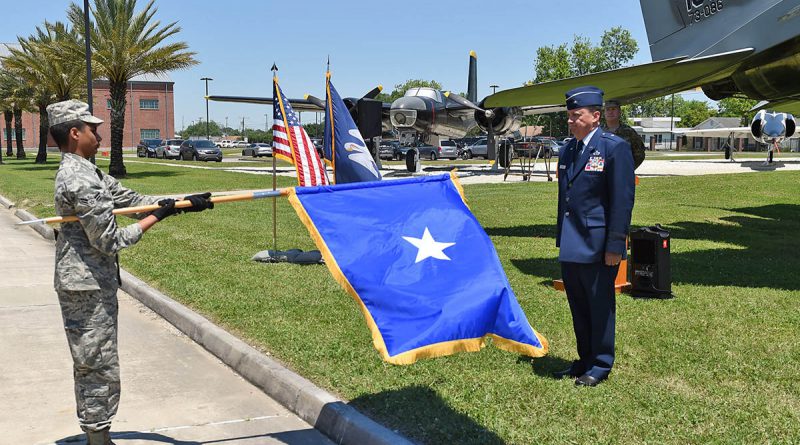 NEW ORLEANS – The Louisiana National Guard promoted two officers to the rank of brigadier general during two ceremonies at Jackson Barracks in New Orleans, May 6.

Schneider is now the chief of staff of the Louisiana Air National Guard and Hopkins is now the director of the joint staff for the LANG.

Schneider holds a Bachelor of Arts in Political Science from the University of New Orleans in 1990. He enlisted as an aircraft electrical systems specialist in July 1984 and later received his commission from the Air National Guard’s Academy of Military Science in 1991. Schneider is also a graduate from the United States Air Force Air War College and has more than 32 years of service.

“Pete is an Airmen’s Airman. He leads from the front and he always sets an example that others can emulate in a professional manner. He’s one of the most well-rounded officers we have in the Louisiana National Guard,” said Curtis. “I will lean on him in the future to help guide this organization so that we make the right decisions for our Soldiers, Airmen and their families.”

Schneider has served in many positions in the 159th Fighter Wing, Naval Air Station Joint Reserve Base New Orleans to include service flight commander, logistics support flight commander and maintenance group deputy commander. He served as the commander of the 159th Maintenance Group for seven years and was also the counter drug coordinator.

Schneider served as the state public affairs officer twice – for two years in 2005-2007 through Hurricane Katrina and was assigned again in November of 2014. As the chief of staff for Louisiana Air National Guard, he is responsible for formulating, developing and coordinating programs, policies and plans for the entire Louisiana Air National Guard.

“This is an honor I’ve never dreamed of, nor planned on, but I will do the best I can to support the Soldiers and the Airmen,” said Schneider. “I’m going to do everything I can to provide what is needed for our wonderful, incredible and amazing organization.”

Schneider is married to his wife, Francesca, and they have two children, Emilie and Will.

Hopkins graduated from Louisiana State University in 1990 with a Bachelor’s Degree in General Studies. He enlisted in the 205th Engineer Battalion in 1983. He then commissioned through the LANG’s State Officer Candidate School in 1986. Hopkins graduated from the United States Army War College with a Master’s Degree in Strategic Studies and now has more than 33 years of service.

Curtis has worked closely with Hopkins over the years, including as his battalion commander when Hopkins was a company commander. Curtis said Hopkins’ unequaled work ethic, foresight and vision have served the organization well.

“Lee has always been the one to walk in with his hat in his hand and be very humble about whatever position or job he’s had to do. He’s always hit grand slams,” said Curtis.

Hopkins has served in various leadership and staff assignments at the company and battalion level. He served as the battalion commander for the 1088th Engineer Battalion during the unit’s deployment to Baghdad, Iraq in 2004-2005 in support of the 256th Infantry Brigade Combat Team and Multinational Division – Baghdad. He then served as executive officer for the 256th IBCT upon his return from Iraq, and then as the deputy commander of the 225th Engineer Brigade. Hopkins also served as the recruiting and retention commander, joint director of military support and director of plans, operations and training for the LANG.

As the director of the joint staff, Hopkins is responsible for directing, supervising, training, coordinating the staff and plans affecting more than 11,500 members of the LANG. He is also designated as the dual status commander.

“I believe that success is based on the people around you and this is a tribute to all the talent in the Louisiana National Guard and what makes us a great organization,” said Hopkins. “This was almost by design because when I’m surrounded by great friends, family, leaders and mentors, how could it turn out any other way? All I had to do was work hard and do the right thing.”

Hopkins is married to his wife, Lori, and they have two daughters, Ellen and Emma.