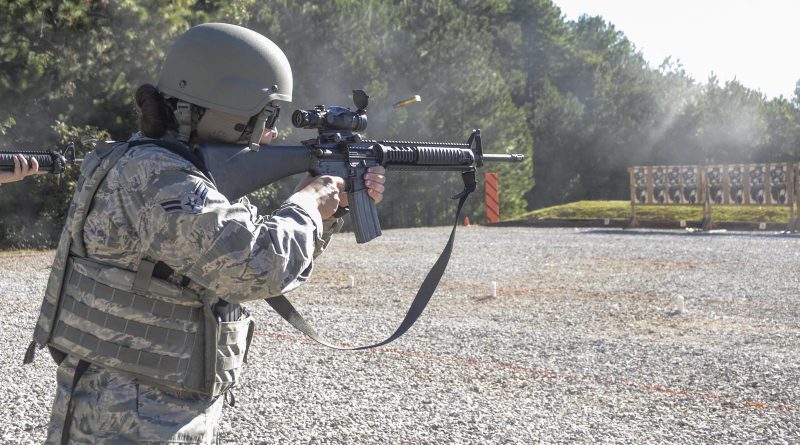 PINEVILLE, La. – The Louisiana National Guard’s top marksmen from around the state gathered at Camp Beauregard in Pineville for the annual The Adjutant General’s Match, Oct. 11-12. 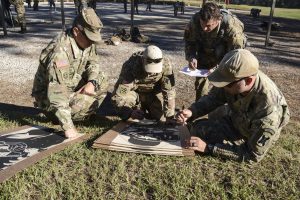 “I have always loved shooting. I picked up my first weapon when I was about 3 or 4,” said Airman 1st Class Julia Thomas, a Metairie native with the 159th Fighter Wing. “Becoming the first female to make the Governor’s Twenty is important to me because no other female in the Louisiana Air or Army National Guard has done it. I figured if I were the first female to accomplish this, word would get out and encourage more women to come out and compete alongside the men.”

Shooters are challenged in areas such as precision shooting and reflexive fire through multiple matches. Each match tests the shooter’s rifle or pistol skills.

“My goal and I think everyone’s goal here is to be a better shooter,” said Command Sgt. Maj. Jonathan Chapman, the state marksmanship coordinator. “Marksmanship is a perishable skill and we use the basic fundamentals of marksmanship. Having Soldiers do it numerous times out here and in numerous matches builds a foundation that they can take back to their units to pass on to other Soldiers.”

Chapman and his team models the TAG match after national and international level competitions that the Soldiers can compete in. These matches are designed to improve combat readiness by 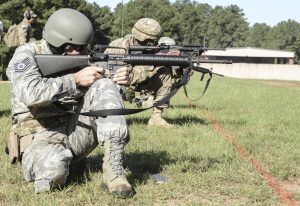 exposing shooters to a high-stress situation and improve marksmanship.

Thomas and Army Capt. Jonathan Watson with Headquarters and Headquarters Company 528th Engineer Battalion explained that the competition is about more than shooting to them, but getting to see friends that they compete with every year.

“That’s the one thing I really enjoy about coming to shoot the TAG Match,” said Watson. “You can go shoot on a range anytime, but only once a year do you get to meet up with the same faces and have some friendly competition.”

“The camaraderie has been my favorite part about the TAG Match,” said Thomas. “The Army and Air Guard do not get to cross paths very often; out here we have a chance to truly get to know each other and learn from one another. We get to truly challenge each other within the state and not just our units.”

In addition to the top twenty competitors being awarded a Governor’s 20 tab, the top 10 percent earn a bronze Excellence in Competition (EIC) badge. These shooters can then compete at regional and national levels to earn points towards the gold EIC badge, which is the highest military marksmanship designation.

For Thomas, her goal of becoming the first female to make the Governor’s Twenty was finally realized.

“I’m pretty sure that my jaw had to be relocated when they called my name,” said Thomas. “I’m not sure how to describe it, but when I heard my name called I just couldn’t believe it. It’s a feeling like no other. When I started out I never thought I would be in the history books.”

At the end of the competition the Soldiers and Airmen attended a dinner to receive awards for the top shooters and the top team. This year Air Force Tech Sgt. Stephen Boniol, an Alexandria 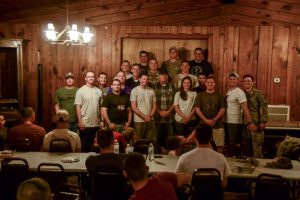 native, was named Top Gun with the highest overall combined score. Boniol also had the highest scores in the Anti-Body Armor and Special Zero matches.

Army 1st Lt. Gary Eicke, a Metairie native, had the highest score in the Combined Rifle and Rifle EIC matches.