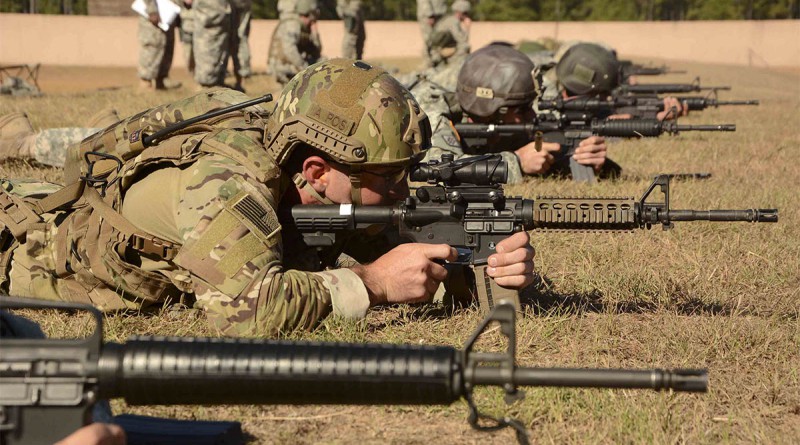 The 75 Soldiers and Airmen that competed in the match had the opportunity to put their skills and training to the test, with top shooters being named to the Governor’s Twenty. The competition included both rifle and pistol precision shooting and reflexive fire. The match is designed to improve combat readiness and survivability by exposing shooters to stressful situations, according to the event’s organizers.

“It allows our Soldiers and Airmen to hone their marksmanship skills and become proficient in the weapons they’re going to be using when deployed for combat,” said Chief Master Sgt. John Shelton, state senior enlisted advisor for the Louisiana Air National Guard. “It encourages our Soldiers and Airmen to come out and practice on a skill that’s going to be required in combat.”

Soldiers and Airmen not only get to test their skills, but they get to learn and train with the more experienced shooters.

“New shooters just come out and enjoy yourself. Watch people and take notes, and come out and just put rounds in a target,” Spc. Jonathon Freeland of B Troop, 2nd Squadron, 108th Cavalry Regiment, said to the attendees. “You’ve got guys walking around with a good 10-20 years of experience. Soak it up while you can and learn from every match, come back better next time.”

In addition to the top twenty competitors being awarded a Governor’s Twenty tab, the top 10 percent earn a bronze Excellence in Competition badge. These shooters earn points towards the gold EIC badge, which is the highest military marksmanship designation.

These Soldiers and Airmen will now represent Louisiana at the national competition.