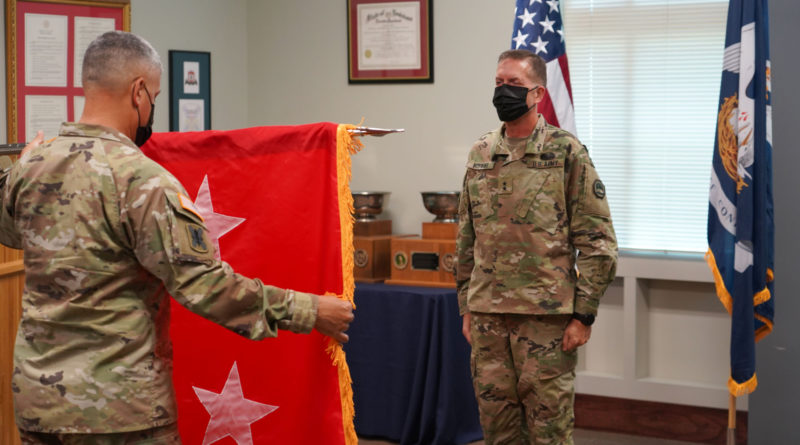 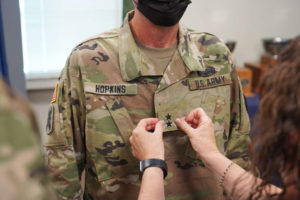 “When we first started working together, what I quickly learned in watching him [Hopkins] was what an effective leader he was. He has done a phenomenal job in every position that he has held,” said Maj. Gen. Keith Waddell, adjutant general of the LANG, who presided over the ceremony. “Another thing that stands out to me is that his work ethic is unbelievable. You are not going to outwork Lee Hopkins … which is a testament of his sacrifice to this organization.”

Hopkins, who has served in the Army for 37 years, is currently the principal military advisor to the adjutant general of the LANG, and is responsible for assisting in the deployment and coordination of programs, policies, and plans for the Louisiana Army and Air National Guard.

In the entire National Guard, there are only 145 major generals of the 337,320 soldiers and airmen serving today which is .04 percent, making this rank extremely unique.

“Thank you, General Waddell … I appreciate you entrusting me with this position and the confidence you have in me,” said Hopkins. “I’ve 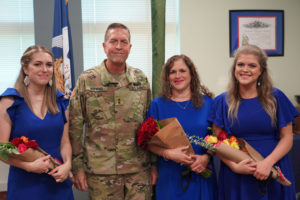 always told people that if you put nothing into this organization then that is exactly what you will get out of it. What I have found in the Louisiana Guard is if you put a little into it, you will get a lot out. And I don’t mean fame, fortune or money … I mean the stuff you can’t buy at the store.”

Hopkins holds a bachelor’s degree from Louisiana State University and a master’s degree in Strategic Studies from the United States Army War College.

Hopkins was commissioned in 1986 through the State Officer Candidate School of the LAARNG. Prior to receiving his commission, Hopkins served as an enlisted member of the LANG’s 205th Engineer Battalion.

Following various leadership and staff assignments at the company and battalion level, Hopkins was selected to serve as the battalion commander of the 1088th Engineer Battalion in December 2003 and led the battalion in Baghdad, Iraq, during 2004-2005 in support of the 256th Infantry Brigade and Multi-national Division Baghdad.

Upon his return from Operation Iraqi Freedom, Hopkins served as the executive officer for the 256th Infantry Brigade Combat Team and as the deputy commander of the 225th Engineer Brigade. Prior to his current assignment, he served as the director of the joint staff, director of Plans and Operations (J3/7) for the LANG, joint director of military support, and as the Recruiting and Retention commander.

Hopkins and his wife Lori reside in St. Francisville, La., and have two daughters, Ellen and Emma. 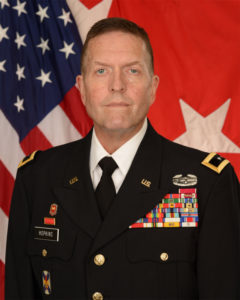 “I don’t take the position of assistant adjutant general or the rank of major general lightly, but there are two titles in my life that I am most proud of and will defend to the death … and that is husband and father,” said Hopkins. “I want to thank my family, and I am extremely proud of all of their accomplishments and sacrifices.”