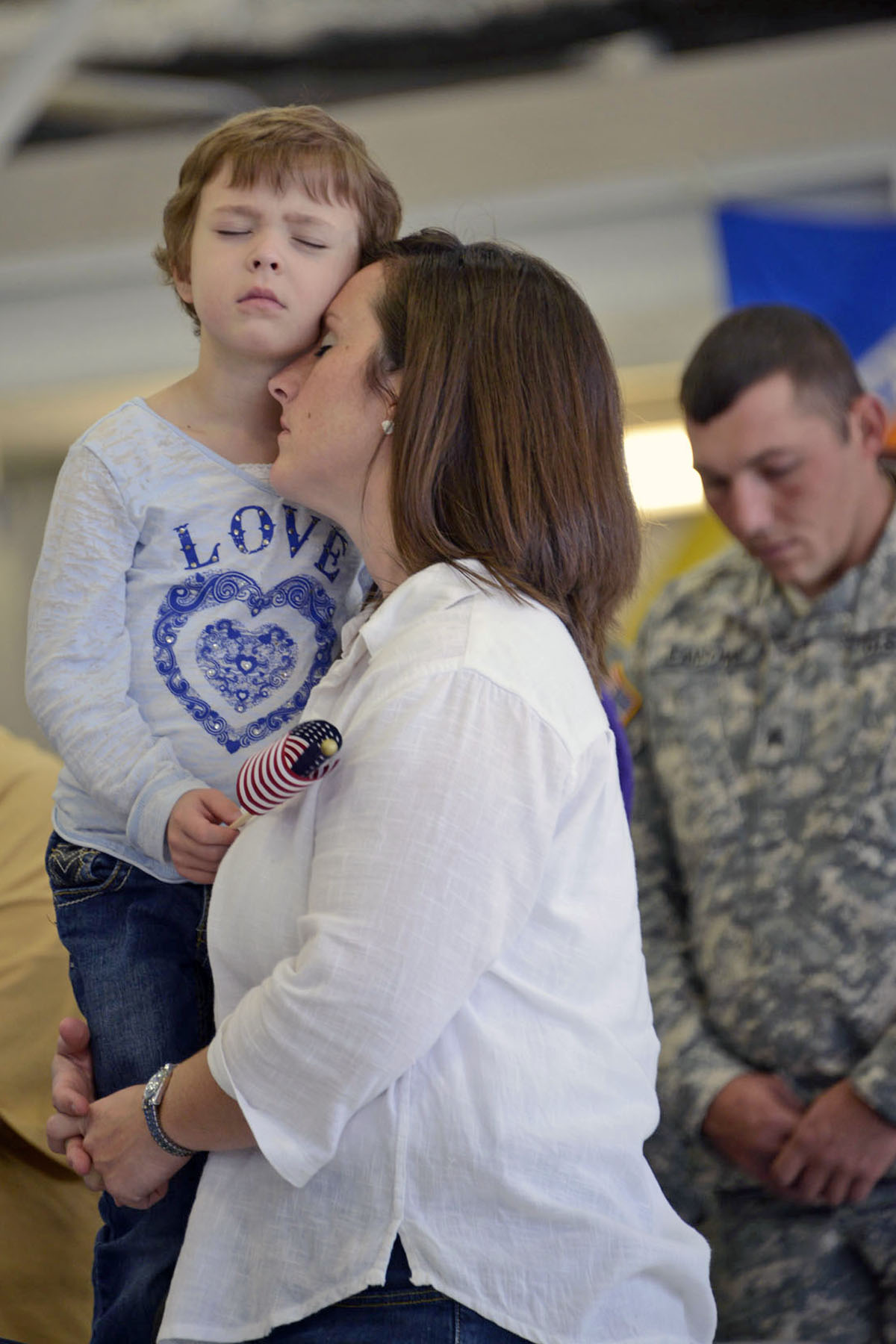 PINEVILLE, La. – Louisiana National Guard, friends and family said good-bye to a small group of “Bayou Dust-off” Soldiers with a special mission at a deployment ceremony at Esler Field in Pineville, Nov. 22.

Maj. Gen. Glenn H. Curtis, the adjutant general of the LANG, said he knows the Soldiers from F Company and the 248th will continue the proud legacy of the Louisiana Guard’s 24,000 Soldiers and Airmen that have deployed over the last 12 years.

United Nations Security Council Resolution 1244 was adopted in 1999 to authorize an international civil and military presence in Kosovo, and, since that time, NATO Troops have prevented military hostiles against the people of Kosovo by Yugoslavian and Serbian forces.

“Our small group of Soldiers leaves to continue this mission,” said Maj. Andre Jeansonne of Mandeville, La., commander of F Company. “ … And through their selfless sacrifices, they will help ensure the Kosovo people will continue the process of building a safe environment in which all citizens, irrespective of their ethnic origins can live in peace.”

Jeansonne, deploying for the third time, said over the next year, the Guardsmen will provide aeromedical evacuation support to more than 5,000 NATO Soldiers.

“These troops will have the opportunity to provide life-saving medical treatment to U.S. Troops and their allies. I feel there is no mission more noble, and I could not be more proud to be their commander,” said Jeansonne.

“It’s a good group of guys. We have a lot of experience. We have pilots that are experienced, the crew members, and the medics are well trained. We have medics on the civilian and military side,” said Hamilton, who is deploying for the second time. “We’ve done this mission before, and we are ready to go.”

F Co., 2-135th began as the 812th Medical Detachment AA in 1972 at Lakefront Airport in New Orleans as an air ambulance company. The unit deployed in support of Operation Desert Storm and was re-designated as F Co. in 2009. It has since deployed to Afghanistan in 2010 and supported state missions, including Hurricanes Katrina, Rita and Isaac.

In 2006, Detachment 2 Company E, 106th Aviation Maintenance Company was realigned and re-designated as Det. 2, Co. B, 248th ASB. The 248th provides aircraft maintenance support for aviation units assigned to the Louisiana Army National Guard. The unit has responded to numerous hurricanes and disasters since their arrival to Louisiana, including: Hurricane Katrina, Operation River Guardian, the Deep Water Horizon oil spill and Hurricane Isaac.