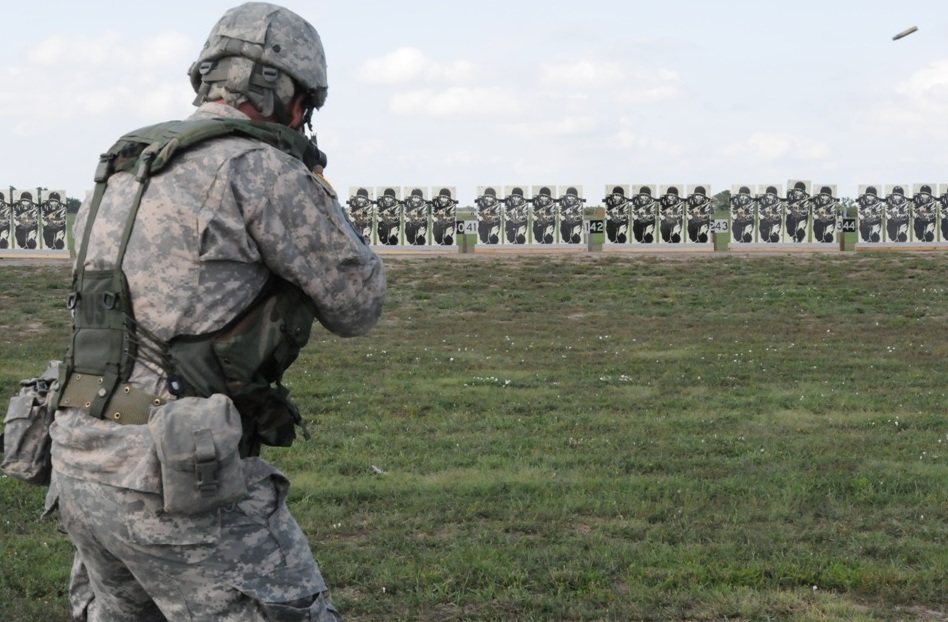 The competition, which is the precursor to the Winston P. Wilson National Marksmanship Championship in Little Rock, Ark., featured 23 teams and 110 shooters from nine states, including marksmanship powerhouses Texas, Louisiana, Arkansas, Missouri and Iowa.

State marksmanship team coordinator, 1st Sgt. Tommy McGee, expressed his pride in the marksmanship program’s showing at the competition in both individual and team accomplishments.

“Half of the Troops in this program were deployed to Iraq with the 256th Infantry Brigade Combat Team in 2010 and have been unable to compete in more than a year and a half,” said McGee, a member of the All Guard team and distinguished marksman. “That includes three of the four members of Team Cajun.”

The LANG marksmanship program sent three teams to compete comprised of Guardsmen from both the Army and Air Guard, with A Team being the only state competitor eligible for the overall team championship.

With the year-long deployment taking away the state’s primary marksmanship assets, returning the team to its winning ways was an uphill battle for the entire program.

“The team went from winning the nationals at the Winston P. Wilson Matches in 2009, to finishing 45th, almost last, in 2010, with most of our top shooters being deployed,” said McGee. “I am looking forward to getting our program running full steam ahead and letting people see that Louisiana can be the best team in the nation again.”

“In my opinion, this entire team works so well together because of its camaraderie,” said Moore, a veteran of Operation Enduring Freedom. “We do not just shoot and serve together. We are friends outside of the Guard as well, and that makes a big difference.”

Moore said the support the team continues to receive from the LANG is another element to their overall success.

“Marksmanship is a perishable skill. We have the full support of the state, as they completely understand the importance of marksmanship for our Soldiers who deploy so frequently.”

Noe, McGee and Staff Sgt. Jamie Eppinette of Bastrop, a member of the 528th, represent Louisiana on the 2011 All Guard Team. The shooters from Team Cajun will also represent the National Guard in the All Army competition in April of 2012.
-30-